Hawaiʻi Attorney General Clare E. Connors joined a coalition of 19 Attorneys General across the nation in challenging a Kentucky state law that would ban physicians from providing second-trimester abortion services for women after 15 weeks of pregnancy.

The group filed an amicus brief in the United States Court of Appeals for the Sixth Circuit, saying the abortion services used are “the most common and safest procedure available.”

“This regulation is unconstitutional because it bans a safe and common procedure available to women,” said Attorney General Connors. “Hawaiʻi joined this amicus brief because of its long-standing commitment to defending woman’s access to healthcare.”

According to the Attorney General, Kentucky’s law imposes civil and criminal penalties on doctors who perform the standard dilation and evacuation (D&E) procedure, “requiring Kentucky physicians to terminate the fetal heartbeat using risky, difficult, and potentially ineffective procedures prior to the evacuation phase of a standard dilation and evacuation (D&E) abortion.” The Attorney Generals state that Standard D&E procedures are “widely regarded as the safest and most common method of second-trimester abortion after 15 weeks of pregnancy.”

The Attorneys General argue that under the Supreme Court’s controlling “undue burden” standard, an abortion regulation is unconstitutional when its benefits to a state interest are not sufficient to justify the law’s burdens on abortion access.

“Where, as here, an abortion regulation would in effect ban safe and legal second-trimester abortions after 15 weeks of pregnancy, no purported benefit is sufficient to justify the burden on access because bans on pre-viability abortions are unconstitutional,” the AGs claim.

On May 10, 2019, U.S. District Judge Joseph H. McKinley Jr. ruled that the 2018 law, which required women seeking an abortion at or beyond 15 weeks of pregnancy to first undergo a “fetal demise” injection, was “unconstitutional.” Judge McKinley additionally issued a permanent injunction against the law. Kentucky appealed to the United States Court of Appeals for the Sixth Circuit. The States’ amicus brief urges the court to affirm the district court’s decision. 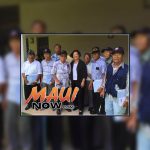 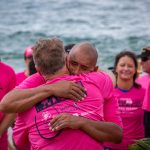