The statement comes in response to a news release issued by the group, Mauna Kea Protectors at the University of Hawaiʻi, which condemned what they called “unbridled racist attacks on Hawaiian faculty by those faculty supporting the TMT.”

In the press release, the group explains that a symposium on the contentious Thirty Meter Telescope project was held last week. During that discussion several faculty members engaged in a conversation exploring why Hawaiians are underrepresented in the field of physics and astronomy.

According to the group’s press release:

The recordings of the confrontation were reportedly shared with the UH President and school administrators.

Lassner today responded to the release saying, “The University of Hawaiʻi and I strongly denounce the hurtful and wholly inaccurate statements made regarding Kamehameha Schools.”

“Kamehameha Schools is a trusted and valued partner to the University of Hawaiʻi in our shared mission of improving education across the entire state. Their dedicated work is deeply appreciated on every island and on every UH campus. Kamehameha students are among the best in the state and enroll with great success across the UH System and at other great universities across the country. UH welcomes every Kamehameha graduate who we are fortunate enough to bring into our campuses. We apologize to the entire Kamehameha Schools ʻohana for the disparaging remarks of one faculty member who does not represent the positions or views of the University of Hawaiʻi or its leadership.”

Members of the group expressed a desire for formal action to be taken to “protect Hawaiian faculty and students who are subjected to such false statements or other forms of racism.”

The group advised those who stand by their position to “Remain in kapu aloha, be organized, be disciplined, and speak truth.” Their public release concluded saying, “Racist acts have no place at our University and in our community.” 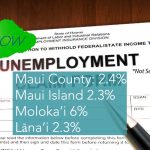 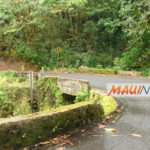