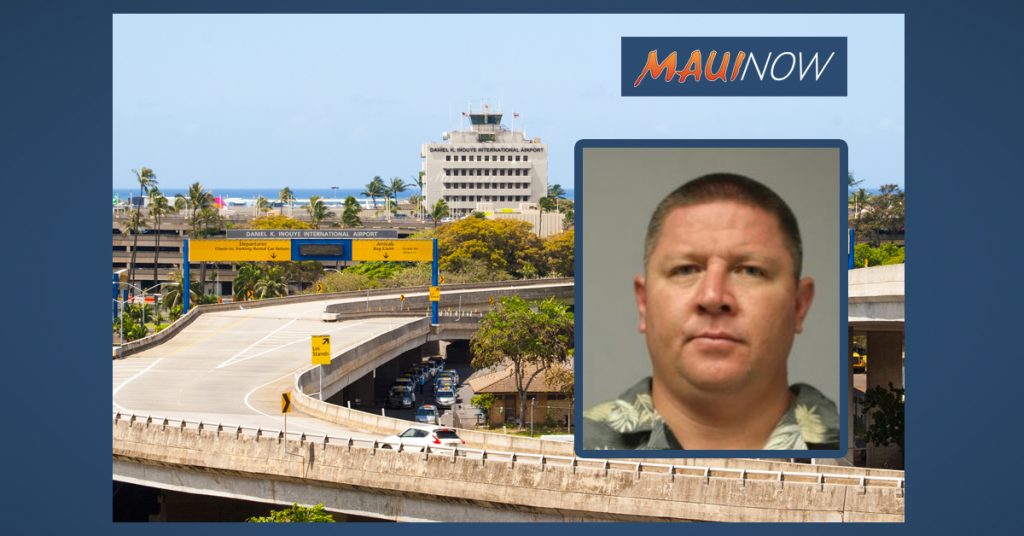 A Maui man was booked for a disorderly incident on Monday at the Daniel K. Inouye International Airport in which authorities say he was “acting erratically,” and “repeatedly struck” a Deputy Sheriff.

Shores then “rushed a Deputy Sheriff, striking him repeatedly,” officials said. After a physical struggle with deputy sheriffs and Securitas officers, Shores was subdued and handcuffed, according to department reports.

Once handcuffed, “he began rubbing his face on the concrete and licking it,” according to authorities with the Department of Public Safety.

While being loaded into the ambulance, Shores became unresponsive and unconscious, according to officials. He was transported by AMR ambulance to a nearby hospital.

Authorities say five deputies were injured in the incident. Three of the deputies were taken to the hospital for medical evaluation and all were medically cleared and returned to work that evening.

The case has since been handed over to the Attorney General’s Office.

DPS confirmed that they had a former employee by the name of Justin Shores who was a former Maui corrections officer.  Shores was hired in April of 2007 and was discharged in February of 2019.