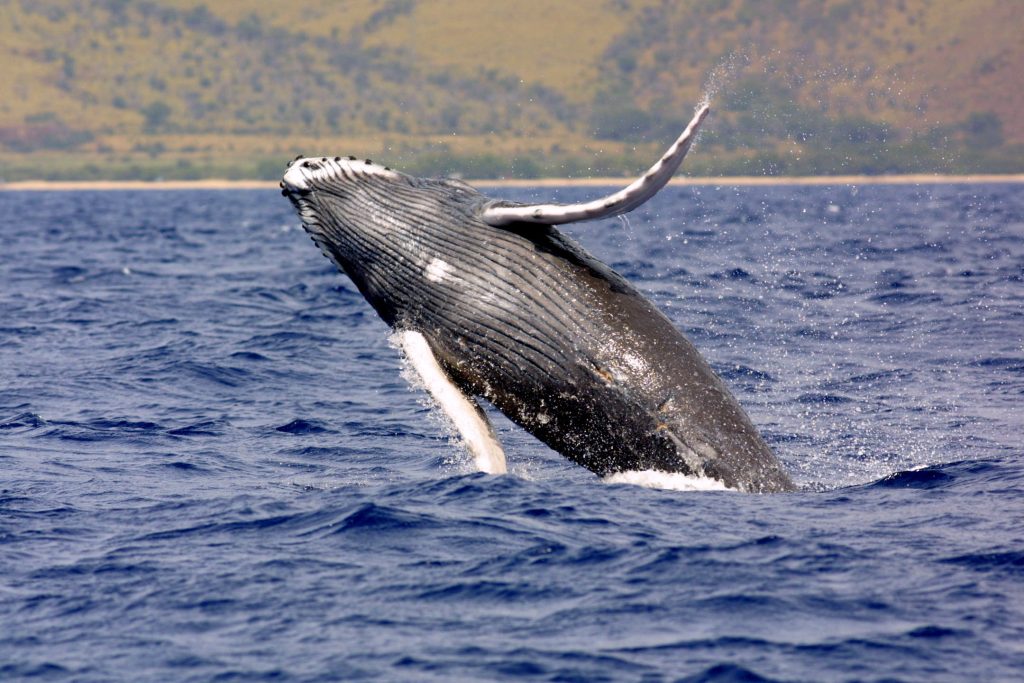 The announcement by the National Marine Fisheries Service follows a court-approved agreement with the Center for Biological Diversity, Turtle Island Restoration Network and Wishtoyo Foundation to issue new protections. The groups had sued the Trump administration for allegedly failing to protect two Pacific Ocean humpback populations listed as endangered and a third as threatened under the Endangered Species Act.

“Pacific humpback whales will be safer in their ocean home with these protections,” said Catherine Kilduff, a Center attorney. “Humpbacks delight whale watchers with their antics, but these playful animals are highly vulnerable to human activities in coastal waters. Identifying their critical habitat is an important way to protect them from speeding ships, oil spills and fishing gear.”

One population of endangered humpback whales that feeds off California’s coast contains fewer than 800 individuals, meaning that deaths or injuries from entanglement could hurt their recovery.  At least 54 humpback whales were found tangled up in fishing gear off the West Coast in 2016. Entanglements cause injuries and death as the ropes cut into animals’ flesh, sap their strength and lead to drowning.

“As we have since time immemorial, the indigenous people of coastal California hold a sacred ancestral responsibility to care for our ocean relatives. Their well-being is deeply tied to our own,” said Alicia Cordero, First Nations program officer at Wishtoyo Foundation. “Ensuring the identification of humpback whale critical habitat is an essential step in meeting our cultural mandates and maintaining our traditional lifeways.”

Ship strikes and oil spills are the other major threats to West Coast humpback whales. A study found that an estimated 22 humpback whales off California, Oregon and Washington die each year after being hit by ships. The Trump administration last year proposed to aggressively expand offshoreoil drilling in the Pacific, a plan temporarily suspendedearlier in 2019 until after next year’s presidential election.

“It is unfortunate that it took legal action against the Trump administration to secure protection for endangered humpback whales, but we are pleased to move forward with our efforts to create additional marine protected areas for threatened marine life,” said Todd Steiner, ecologist and executive director of Turtle Island Restoration Network.

Critical habitat protection will help safeguard ocean areas essential for migrating and feeding. The designation will ensure that federally permitted activities do not destroy or harm important whale habitat. Evidence shows that endangered or threatened species that have protected critical habitat are twice as likely to be recovering as those without it.