The meeting, slated for Nov. 6, was originally scheduled to be held at the University of Hawaiʻi West Oʻahu campus.

According to a press release from the university, the meeting is being relocated to “provide more opportunity for participation from the community most directly impacted by the proposed rules.”

Eight public hearings on the latest draft rules were held on Oʻahu, Hawaiʻi Island, and Maui this year.

The university will release the proposed rules to the public prior to the November meeting to allow community members “ample opportunity to provide written and oral in-person testimony.”

Those interested in testifying must submit a notification at least six days before the meeting.

The university will announce when the rules are available for review.  The meeting agenda will also be posted with the exact time and location of the meeting, at least six days prior.

At the meeting, the regents could adopt the latest draft of the proposed rules, request a third round of formal public hearings on new draft rules that are substantially different from the current draft, or defer decision-making.

If adopted, the rules will be sent to Gov. Ige for final approval. 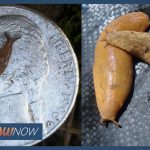 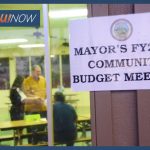