Maui Gathering on Sunday to Mark “Lā 100” at Maunakea

A gathering is planned on Maui on Sunday afternoon to mark the 100th Day or “Lā 100” of the presence of “protectors” at Maunakea on Hawaiʻi Island.

Maui organizers are participating in the 100 day observance with an event planned on the great lawn of the University of Hawaiʻi Maui College campus on Sunday, Oct. 20, with an afternoon ʻaha mauna protocol set to start at 5:30 p.m.

The demonstration at Maunakea started three months ago as plans were announced that construction of the controversial Thirty Meter Telescope would begin in mid-July.  Opponents of the project believe that Maunakea is sacred and say construction atop the mountain will further desecrate the site.  Meantime, those in support of the Thirty Meter Telescope project say they believe in the co-existence of culture and science atop the mountain.

Crowds at the site grew from hundreds in the initial days to thousands during the initial weekend, and have fluctuated as weeks wore on. The Puʻuhonua o Puʻu Huluhulu site at the base of Maunakea Access Road has also served as a cultural and spiritual gathering place for supporters of the movement.

In July, the governor rescinded an emergency proclamation at Maunakea and the state issued a two-year extension to Sept. 26, 2021 on the deadline to initiate construction of the Thirty Meter Telescope project atop the mountain.  He also handed off leadership of the issue to Hawaiʻi County Mayor Harry Kim.

Here on Maui, protocol hula, oli and mele during Sunday’s event will take place simultaneously with protocol occurring at Maunakea. Organizers say “participants are encouraged to join in the protocol, stand with hae Hawaiʻi (flags) or attend in solidarity. All are welcome. Kapu Aloha is expected.” 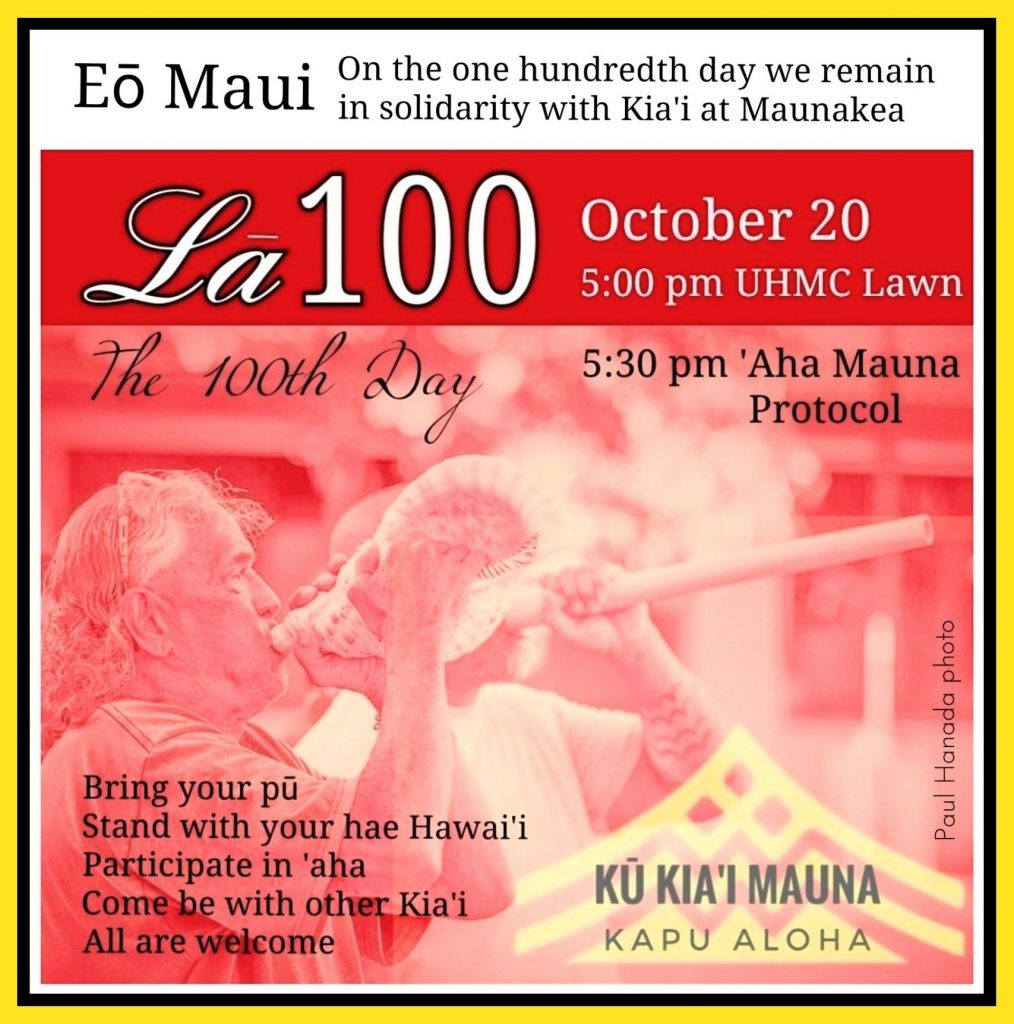