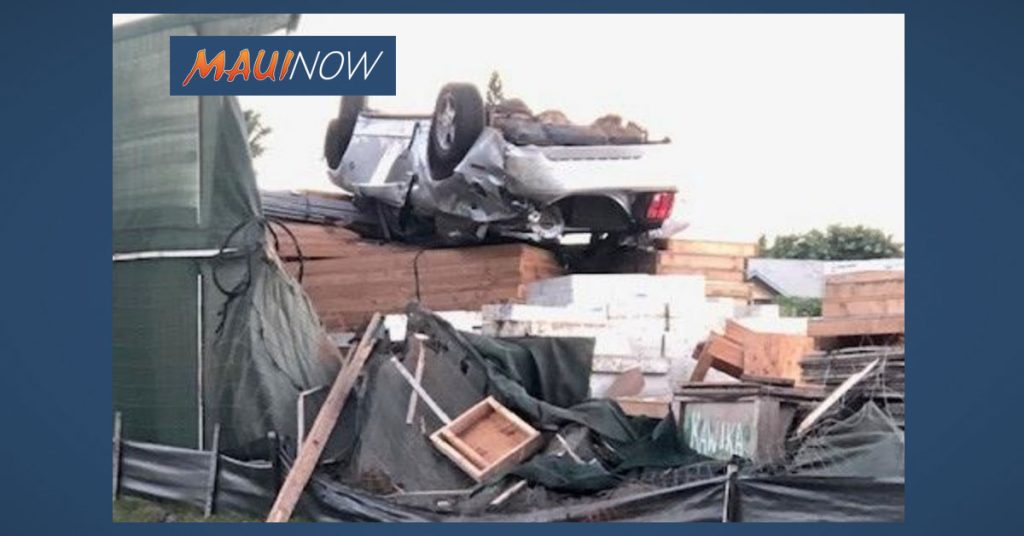 A 38-year-old Wailuku man was arrested for negligent homicide, driving under the influence and excessive speeding after fleeing the scene of a fatal motor vehicle crash in Kīhei early Sunday morning.

Police say the suspect was operating a 1999 Ford Mustang and was traveling north in the Māʻalaea-bound direction on South Kīhei Road at a high rate of speed when he lost control of the vehicle.

Police say the Mustang crashed through construction fencing at the old Maui Lu site, and continued out of control, rolling over and coming to rest upside down, landing 15 feet atop a pile of lumber.

The incident reportedly occurred at around 3 a.m. on Sunday, Oct. 20, about 163 feet south of Kaonoulu Street.

Police say the driver initially fled the scene on foot. He was met at the Maui Memorial Medical Center by police traffic investigators, where he had gone to seek treatment for non-life-threatening injuries sustained in the crash.

The passenger of the Mustang, identified as Gregory E. Rawlerson, 48, of Wailuku, was ejected from the vehicle and died at the scene, according to police.

Police say the involvement of alcohol and speed are considered to be a factors.  Police tell Maui Now that the vehicle was going well above the posted speed limit of 10 mph for the nearby bridge and 30 mph for South Kīhei Road.

A preliminary investigation reveals that the driver and passenger were not wearing seatbelts at the time of the crash.  The involvement of drugs has not been confirmed as the investigation is still pending.

Police have not yet released the name of the driver, but say he was arrested at around 9:57 a.m. for first degree negligent homicide, operating a vehicle while under the influence of an intoxicant, accidents involving death, excessive speeding and reckless driving.

This was the 17th traffic fatality on Maui County roads this year, compared to 15 at the same time last year. 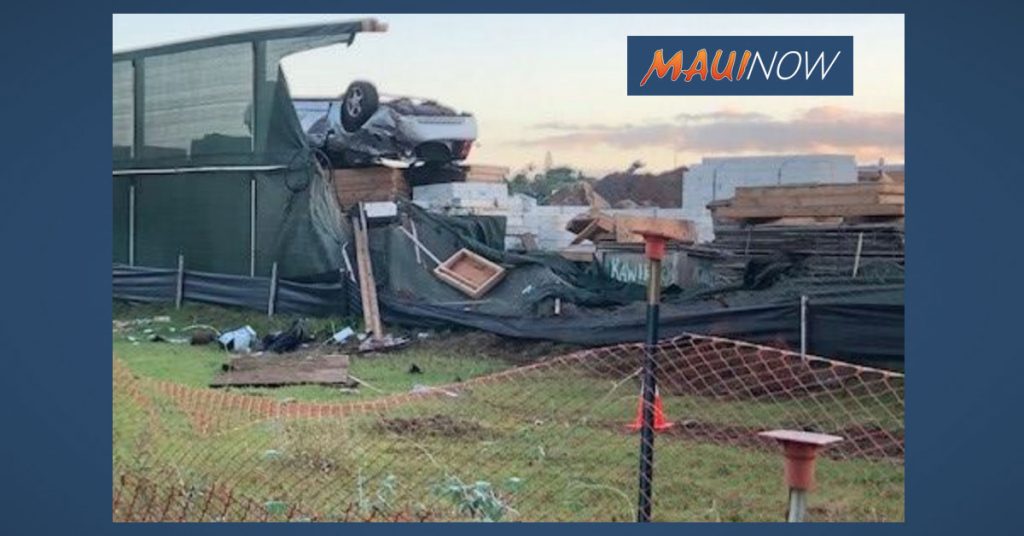