Pacific Current and Pacific Biodiesel Technologies today announced the signing of a biodiesel supply contract that the company says will help increase the use of locally sourced renewable fuels and advance Hawaiʻi Island’s energy independence and energy security.

The first delivery of biodiesel to the Hamakua Energy facility will be on Nov. 4, 2019.

“This contract is an important first step for our Hamakua Energy power generating facility to reduce the dependence on imported fossil fuels both at the generating facility and in the supply chain and to advance energy independence and energy security for our state,” said Pacific Current President Scott Valentino.

Biodiesel processed at Pacific Biodiesel’s refinery in Keaʻau on Hawaiʻi Island – which operates on 100% biodiesel – will be transported in biodiesel-fueled trucks to the Hamakua Energy facility where the renewable fuel will be used to generate electricity for Hawaiʻi Island customers.

“Being on Hawaiʻi Island, it’s very exciting that we can use this locally made biodiesel to generate power here to serve customers on this island,” Valentino said. “That’s significant, especially as fuel and other supplies are shipped around the state and we always aim to reduce our environmental impact. We are focused on reducing the state of Hawaiʻi’s dependence on imported fossil fuels and increasing local economic development opportunities.”

“We applaud Pacific Current for their decision to choose locally made biodiesel, another significant step as Hawaiʻi works toward a 100% renewable future,” said Pacific Biodiesel Founder and President Robert King. “The biodiesel industry nationally continues to face significant financial hardship caused by sustained lack of federal renewable energy incentives. With this new contract, Pacific Biodiesel continues to sell its entire production to customers within Hawaiʻi and furthers its ability to continue supporting the state with green jobs, energy security, consistent greenhouse gas reduction and direct displacement of imported fossil fuels.”

The Hamakua Energy power generation facility employs 15 people on Hawaiʻi Island; Pacific Biodiesel has nearly 100 employees statewide, with more than 50 of those employees working at its Keaʻau site. 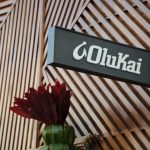 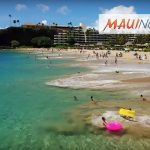