A Hāna Veteranʻs Legacy Lives On 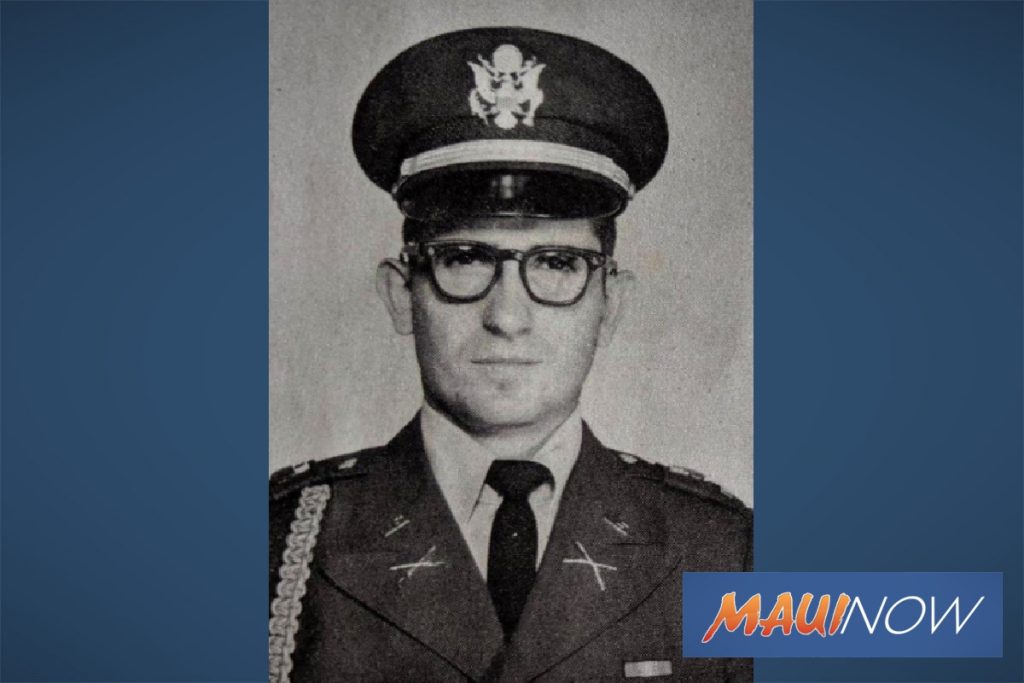 It has been 45 years since Capt. Lawrence “Larry” Oliveiraʻs passing–but his friends and family are making sure that he is never forgotten.

Oliveira, who was born and raised in Nāhiku, enlisted in the Hawaiʻi Army National Guard a year before graduating from St. Anthony High School in 1963.

Oliveira was then deployed to Vietnam, where he served in the combat infantry division.

In 1969, Oliveira returned to Maui with permanent disabilities from injuries he sustained during combat.

He died five years later on his 29th birthday.

After his passing, Oliveiraʻs wife, Hazel Makahilahila Oliveira, raised their five daughters on her own.

“It was hard, but we had an incredible support system,” said Oliveiraʻs oldest daughter Lisa Oliveira-Tua, who was just eight years old when he passed.

“A lot of daddy’s friends from the military, our family, just kind of wrapped around us and made sure that we all grew up well.”

That support, Oliveira-Tua said, has helped guide her and her sisters to where they are today.

All five of them have graduated with advanced degrees and are well-established in their careers.

Oliveira-Tua said that earning a college degree was “really important to both parents,” who have been laid to rest together at the Maui Veterans Cemetery in Makawao.

Earlier today, the sisters gathered at the cemetery for a Veterans Day ceremony to receive a purple heart on behalf of their father–one of the recent honors dedicated to Oliveira.

The captainʻs name is also being added to the Vietnam Veterans Memorial Wall in Washington D.C.

That journey, as Oliveira-Payton explained, began with a phone call from two of her fatherʻs military friends– her “uncles” Thomas Duarte and Mel Ozeki.

Duarte and Ozeki urged the Oliveira sisters to submit a request to have their beloved friendʻs name inscribed on the Vietnam Wall.

Oliveira-Payton said that her fatherʻs name was omitted from the wall since he did not die in Vietnam.

However, since the memorialʻs inception in 1982, the Department of Defense has granted less than 30 exceptions for cases in which a soldierʻs death was a direct result of shrapnel wounds.

Now, over four decades after his death, Oliveiraʻs name will stand next to fellow servicemembers who fought in Vietnam.

“It’s something that should have happened a long time ago. I’m real happy that he has been honored, especially for the five daughters that grew up without a dad.”

The Vietnam Wall is often referred to as “The Wall that Heals.”

Oliveira-Payton said that the journey to get her fatherʻs name on that wall has brought “peace and healing” for her and her loved ones.