A Maui man was arrested and charged in connection with an assault reported near the Pāʻia Youth Center last week. 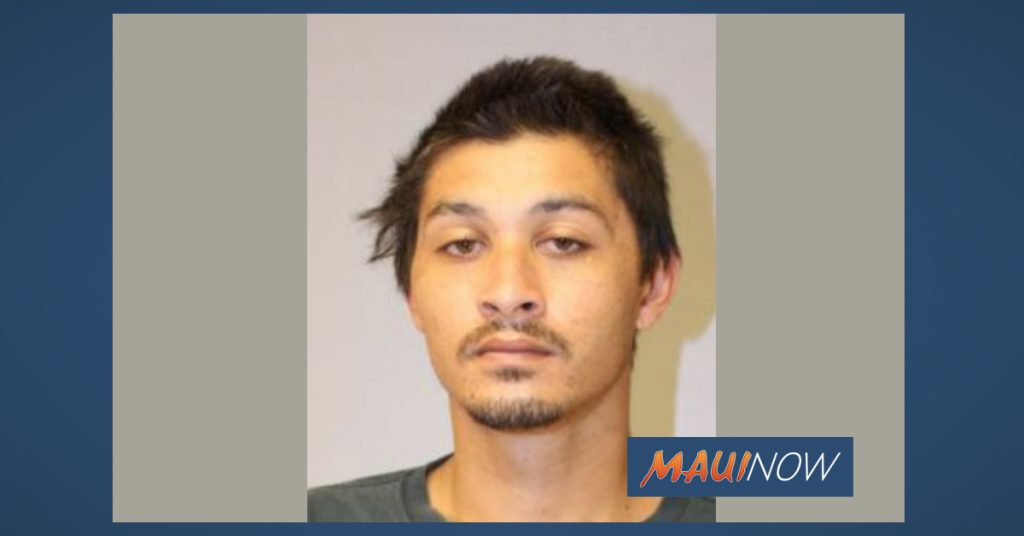 Twenty-eight-year-old Troy Borge of Pāʻia was identified by police as the male offender.

According to police reports, Wailuku Patrol officers were called to investigate the incident, reported at around 10:30 p.m. on Tuesday, Nov. 5, 2019.

Police say the male victim was struck several times in the head with a blunt object causing life threatening injuries.  The victim was transported to the Maui Memorial Medical Center in critical condition.

Two days later, on Thursday, Nov. 7, 2019 at around 9:45 p.m. police arrested Borge and charged him with second degree attempted murder.

Borge made his initial appearance in district court on Tuesday, and appeared again for a preliminary hearing this afternoon (Nov. 14, 2019).

A request by the defense to reduce bail was denied and Borge was being held in lieu of $100,000 bail at last report.

Borge is scheduled to return to court at 8 a.m. on Wednesday, Nov. 27.