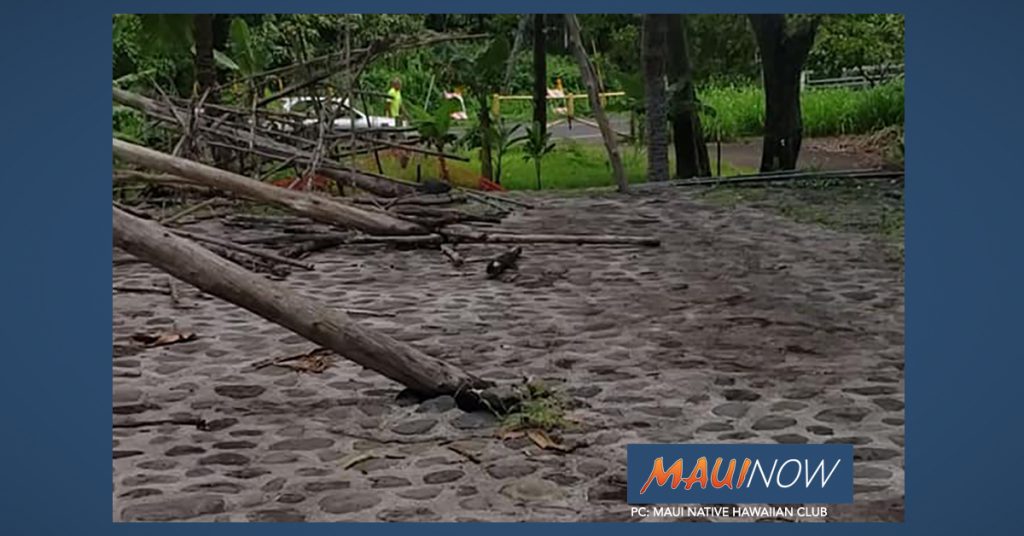 The sight was especially shocking for Wailuku resident Joseph Franco, founder of the Maui Native Hawaiian Club, which has led efforts to preserve the structure and the nearby “Kanaka Maoli Garden” for the past several months.

Franco said he saw a man in a silver Dodge Neon remove and drive off with the copper pipes that were holding up the structure at about 9 on Saturday morning.

“It hurts to see anything damaged for no good reason,” Franco said.

But, Franco noted that since the incident, dozens of community members have rallied together to help restore the hale.

“We have made great progress and want to keep moving forward,” Franco said.

“This is what we got done without money just ʻohana helping our community.”

Franco said he has contacted the Maui Police Department.

Maui Now has also reached out to MPD and we are awaiting a response.

Anyone with additional information is asked to contact Maui police. 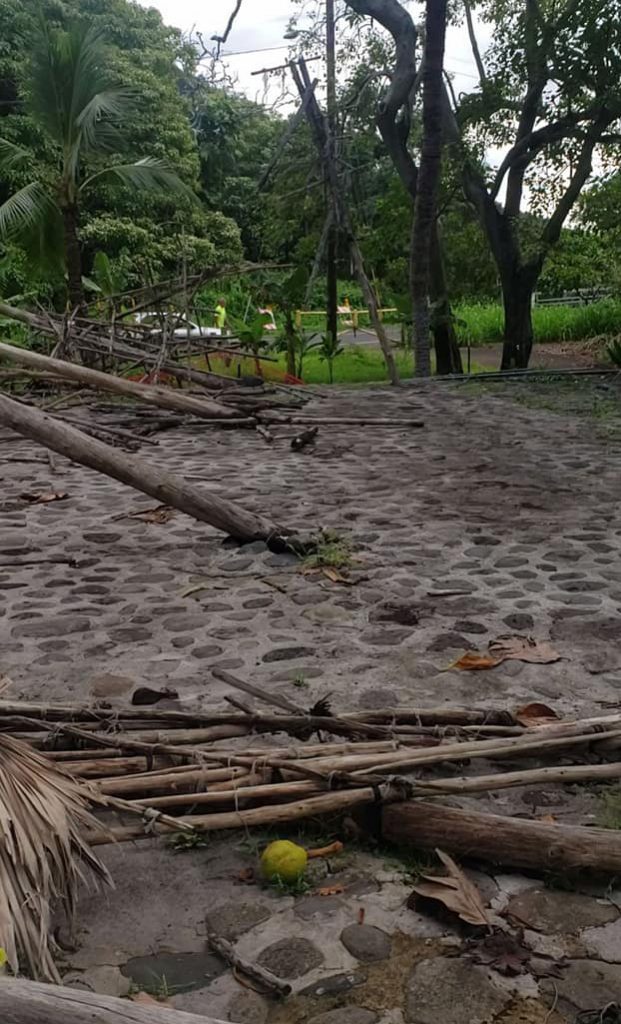