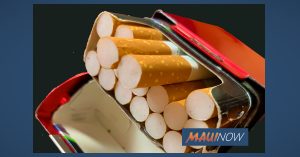 The survival rate for Hawaiʻi residents diagnosed with lung cancer is one of the lowest in the nation.

Thatʻs according to a study from the American Lung Association, which reported Hawaiʻiʻs survival rate for those diagnosed at about 19 percent, the 36th lowest out of 45 states.

However, the report noted that more Americans are surviving the disease, as the current nationwide survival rate “reflects a 26 percent improvement over the past 10 years.”

“While we celebrate that more Americans than ever are surviving lung cancer, the disease remains the leading cause of cancer deaths,” ALA Hawaiʻi representative Carrie Nyssen said in a press release.

“Much more can and must be done in Hawaiʻi to prevent lung cancer and support families facing the disease.”

Lung cancer, experts say, is so deadly because most cases are diagnosed at a later stage, after the disease has already spread.

Health officials urge lung cancer screening to detect the disease early on, when the disease is most curable.

The test has been available since 2015, but only 2.7 percent of those eligible in Hawaiʻi have been screened.