She will appear for her fifth invite, this time to a network show called Holiday Wars, scheduled to begin airing on Food Network on December 1.

“It’s good for me personally, because it just pushes me to a limit that I don’t think I would do normally,” said Shurilla. “So competition is always good. It makes you better.”

Shurilla said, “I think the reason that I go out and do these little adventures that I do is so that I can entice students to come to the program and see what we have in the baking and pastry department as well as cooking.”

Students, who have enrolled at UH Maui College say they’re impressed with both Shurilla and the program.

“I think her dedication and her love for pastry kind rubbed off on us, because she’s so motivated and she’s so energetic,” says culinary arts student Meili Jahja, a Baldwin High School graduate, who hadconsidered going away to the mainland at first, “And then I was like, ‘Why would I go there for culinary school when we have such an amazing program here?’”

Culinary arts student Stephanie Serraglio, who moved from Vancouver, Canada, to study at UH Maui College said it was worth the move.  “It’s a really great program and the community here is amazing.”

Shurilla started teaching pastry at UH Maui College 18 years ago and was a pastry chef for almost 20 years before that. In March 1992, her piña colada cheesecake graced the cover of Food & Wine.

She can be found teaching everything from the proper tempering of chocolate for elaborate handcrafted bon bons (to sell as a fundraiser for the program), to the design and construction of many-tiered wedding cakes and, of course, sugar artistry.

Serraglio said, “She is amazing and very enthusiastic. I’ve never met anybody that wakes up every day and really puts that much passion into what she does and also teaching the students, because she’s really here for us; which is the best part.”

“She really loves what she’s doing and she loves her students,” said culinary arts student Angel Burger, a Maui High School graduate. “This is like the perfect place for her to be.”

*The original version of this story by Kelli Trifonovitch appeared in University of Hawaiʻi News. 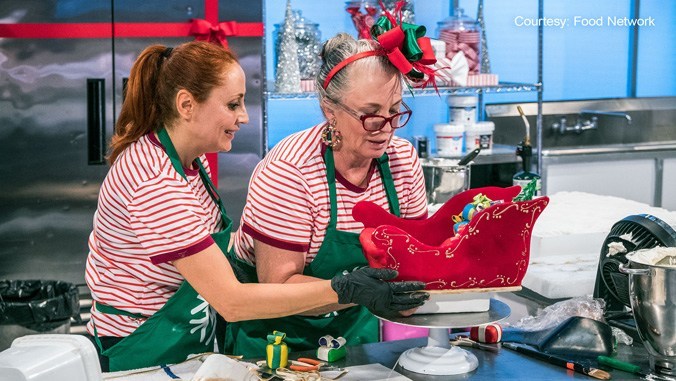