An opihi on picker reported missing at Maliko Bay on Wednesday night, was located and escorted to safety this morning by fire department personnel.

Fire officials say the man in his 50s apparently got stranded as large surf pounded the shoreline.

He was reported missing at around 12:52 a.m. on Thursday by a female friend who said the man man failed to return after venturing out to pick opihi at around 4 p.m. yesterday.

Crews made checks in the area as thoroughly and safely as possible in darkness, said Maui Fire Services Chief Rylan Yatsushiro, who noted that surf along the shoreline was large.

At 3:15 am, the search was suspended until first light. When the search resumed, Rescue 10 on board the department’s Air 1 helicopter spotted the missing man on the far east end of Maliko Bay.

He was escorted up the trail by a firefighter to safety. 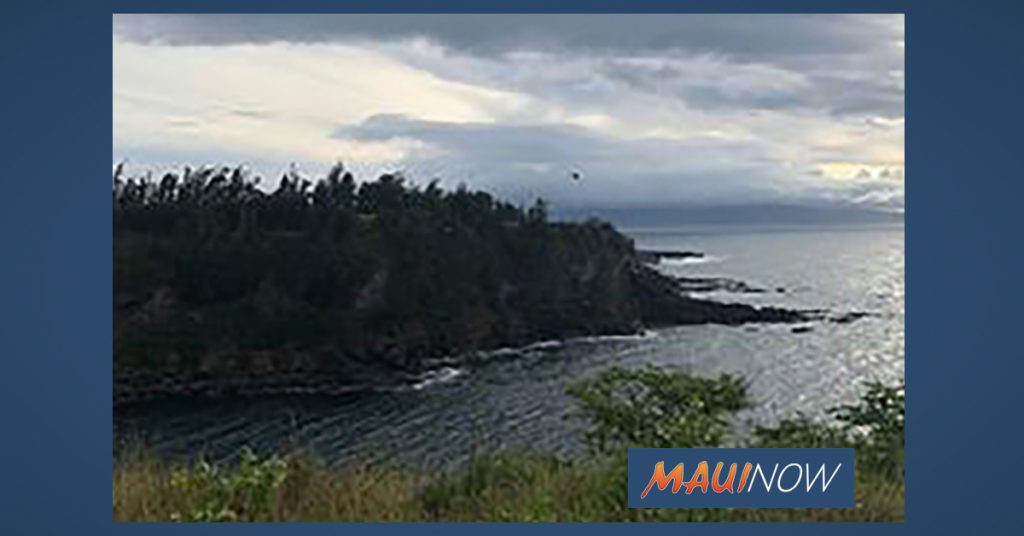 Fire officials described the man as a Maui resident and said he had no injuries and refused medical attention.