Over the one year period ending June 30th, the Crime Reduction Unit made 905 arrests, executed 67 search warrants, recovered more than 2,833 grams of crystal methamphetamine, 73 grams of heroin, $93,000 in cash, and a total of 49 illegal firearms.

The Crime Reduction Unit also assisted the Criminal Investigation Division with numerous cases – one notable case would be the assault of a 90-year-old woman who suffered life-threatening injuries and unfortunately, later succumbed to her injuries. This assault occurred on June 20, 2019, with no strong leads to follow. On June 22, 2019, Crime Reduction Officers received information regarding the suspects involved in the assault. By June 24, 2019, all three suspects were located and arrested by the Crime Reduction Unit, and the Unit obtained a full confession from one of the suspects, resulting in all three suspects being charged.

The other nominees for Team of the Year were the Budget Office; the Real Property Paperless Team; the Health and Safety Bureau; the Homeless Program Division; the Planning Department’s “T-A Team”; the Parks Maintenance Irrigation Team; the Water Quality Laboratory; the Office of Council Services’ Support Section; and the Workday Project Team.

The Maui awards were presented on Friday, Nov. 15, at the Binhi At Ani Filipino Community Center. The Hāna, Molokaʻi and Lānaʻi winners were presented their awards separately during luncheons in October.  Other awardees include the following:

Kathryn D. Ramos, Senior Services Program Assistant, with the Department of Housing & Human Concerns was named the Maui Employee of the Year. She was described as a self-directed and highly motivated person who is committed to producing as many classes, excursions and events for the seniors.

Bernell Bishaw, Recreation Assistant, with the Department of Parks and Recreation was named the Molokaʻi Employee of the Year. Maui Police Department’s Kyle Bishaw-Juario also was nominated for the award.

Kristin Kahihikolo, Senior Services Program Assistant, with the Department of Housing and Human Concerns was named the Lānaʻi Employee of the Year. Maui Police Department’s Erick Tabucbuc also was nominated for the award.

Joseph Shutsa, Firefighter, with the Department of Fire and Public Safety was named the Hāna Employee of the Year. Maui Police Department’s Ian Custer also was nominated for the award.

Brian Perry, Communications Director, was named the Maui Manager of the Year. His responsibilities include writing and editing press releases, taking calls from the media and working closely with Directors, Deputies and staff on ensuring unified, accurate and timely messaging to the public.

“I am incredibly proud of all our winners and nominees, and so very grateful for their service to our community,” Mayor Michael Victorino said. “I believe our County employees are too often criticized and overlooked for their efforts to improve government operations and services. These awards are one way we get to publicly recognize and honor their hard work and dedication to Maui County.” 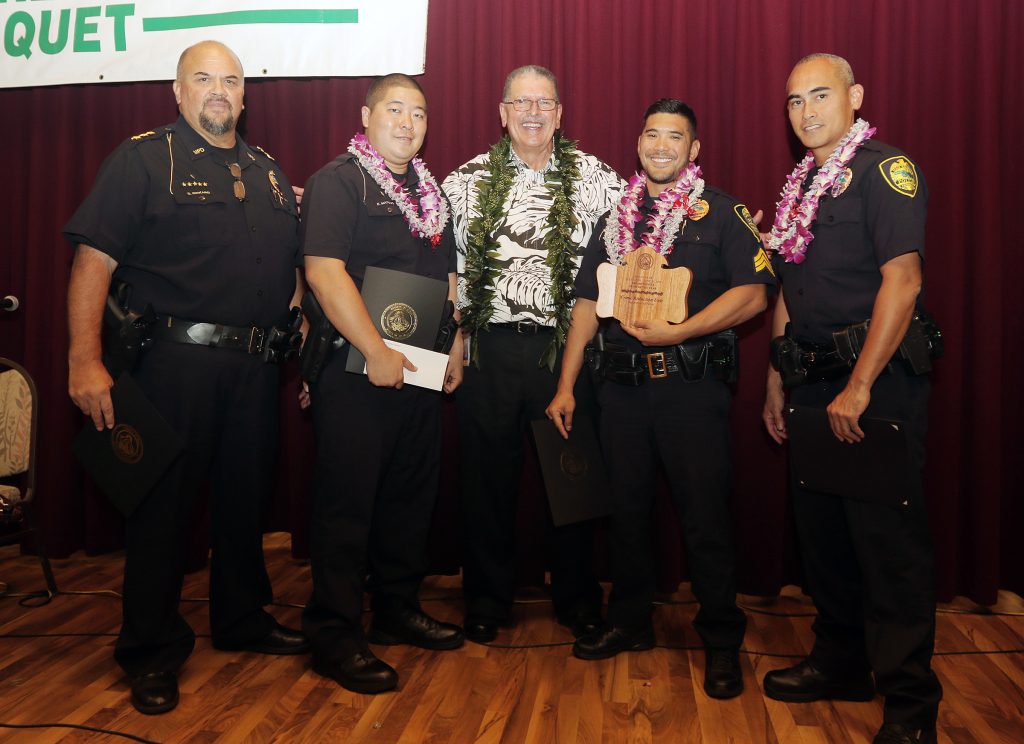 Maui Police Department’s Crime Reduction Unit was named Maui Team of the Year, including Sgt. Grant Nakamura (from right) and officers Chad Kusunoki and Erik Matsuo. Other members not pictured are Asbel Polanco, Jr. and Toma Asuega-Stark. The unit poses for a photo next to Mayor Michael Victorino and Deputy Chief Dean Rickard during Friday’s Employee Recognition Dinner. 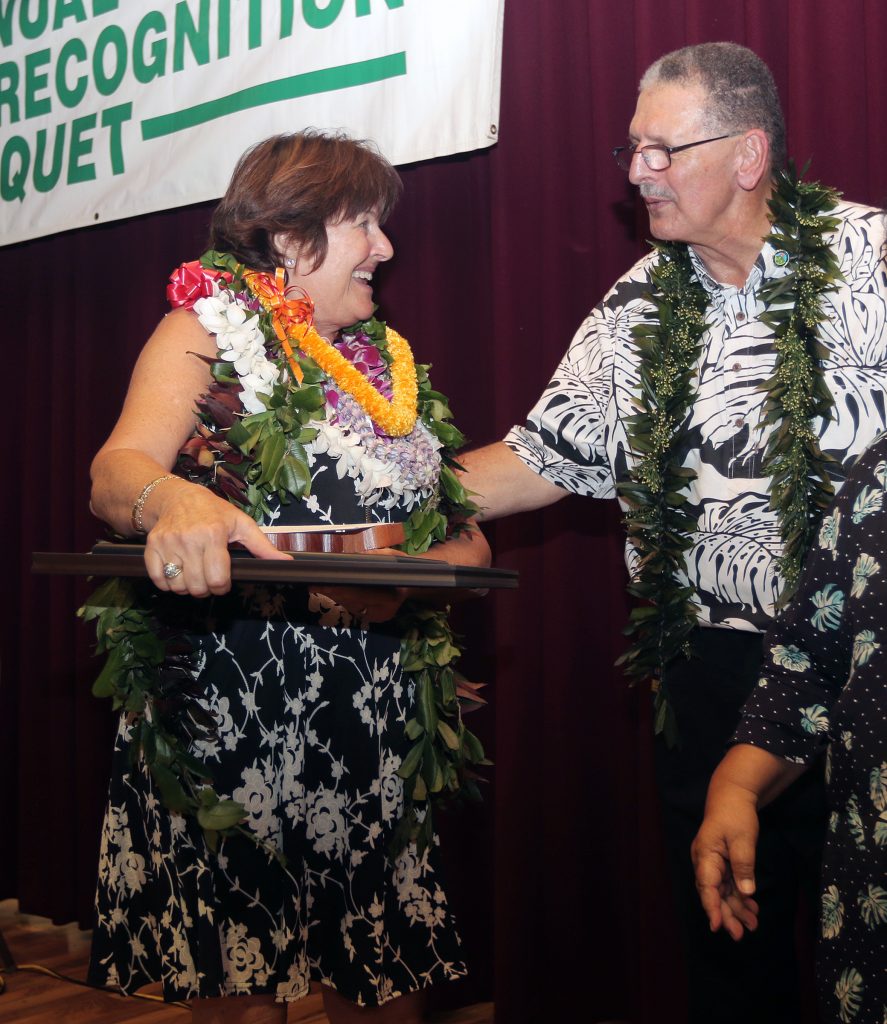 Kathryn Ramos, Senior Services Program Assistant with the Department of Housing & Human Concerns, is congratulated by Mayor Michael Victorino after being named Maui Employee of the Year during Friday’s Employee Recognition Dinner. 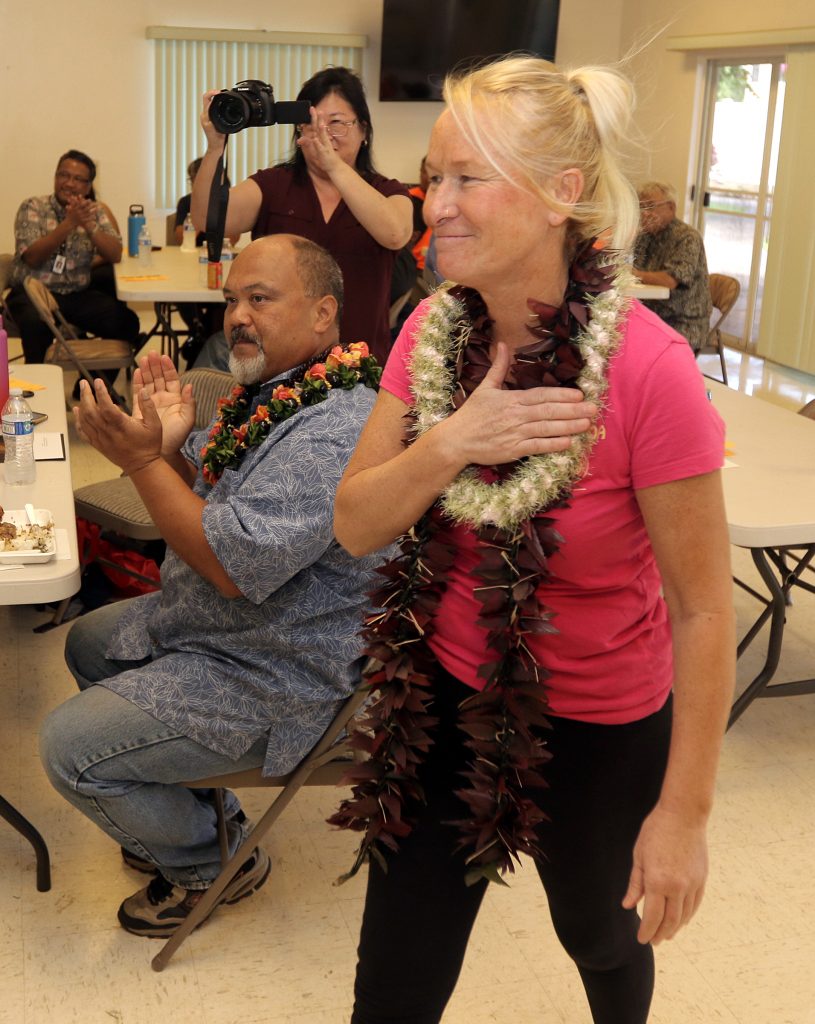 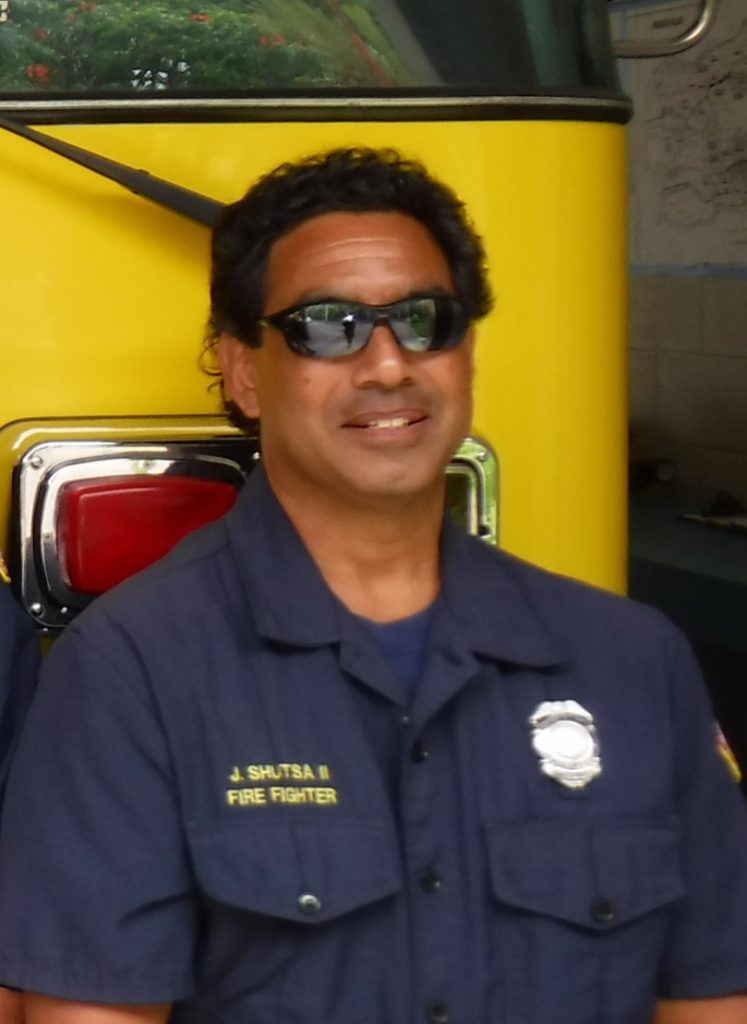 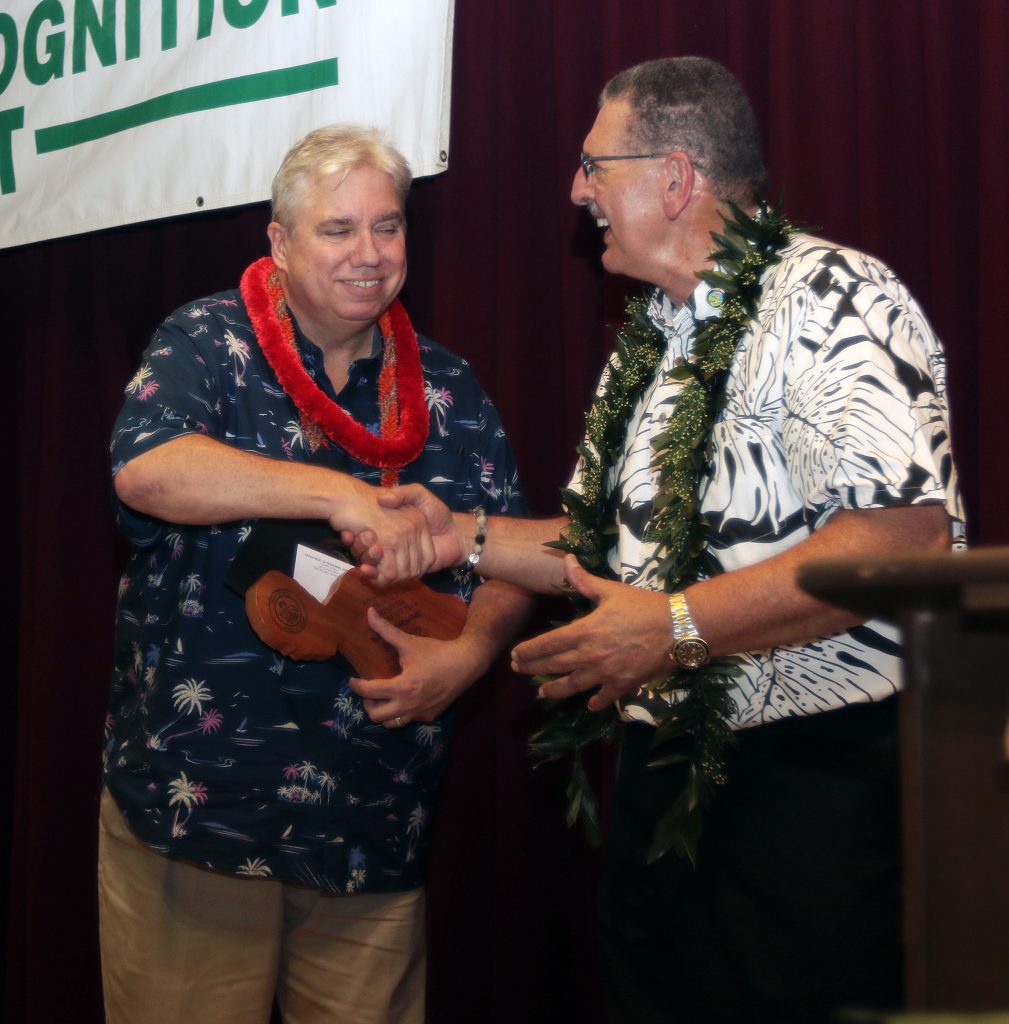