Three people are confirmed dead following what was described as an active shooter incident at Joint Base Pearl Harbor Hickam on Wednesday afternoon.

Authorities confirmed that the gunman, described as a male US Sailor, is among those deceased, as well as two shipyard employees.  A third shipyard employee is listed in stable condition at a local area hospital, base officials said in a press conference on Wednesday evening.

A sailor reportedly shot and injured three Department of Defense civilian workers before shooting himself, authorities confirmed in a series of Tweets on Wednesday afternoon.

The incident took place before 2:30 p.m. in the vicinity of the shipyard’s Dry Dock 2. The base was under lockdown for about an hour, but the security precaution was lifted shortly after 4 p.m.

Officials at Joint Base Pearl Harbor-Hickam have confirmed that the shooter has been identified as a US Sailor. The names of the victims will not be released until the next of kin have been notified.

Governor David Ige issued a statement this afternoon saying he joins in solidarity with the people of Hawai‘i, expressing “heartbreak over this tragedy and concern for those affected by the shooting.”

The White House has reached out to offer assistance from federal agencies, and the state is standing by to assist where necessary, according to the governor.

US Representative Tulsi Gabbard also issued a statement this evening via Twitter saying, “Sending my aloha and well wishes to the victims of today’s shooting at Pearl Harbor Naval Shipyard. Our gratitude goes out to the first responders who took action to secure the base and keep people safe.”

US Senator Mazie Hirono issued a statement as well saying, “While the investigation into this incident continues, my thoughts and aloha are with the victims of the terrible tragedy at Joint Base Pearl Harbor-Hickam and with their families. I join all of Hawaiʻi in expressing our gratitude to the first responders who rush toward danger every day to keep us safe.”

The base’s Emergency Family Assistance Center has been activated to provide counseling, information and referral, and support to those in need.   The crisis line is also available by phone 866-525-6676, and is open 24-hours-a-day.  Walk-ins will also be accepting starting at 7 a.m. on Thursday, Dec. 5, 2019. 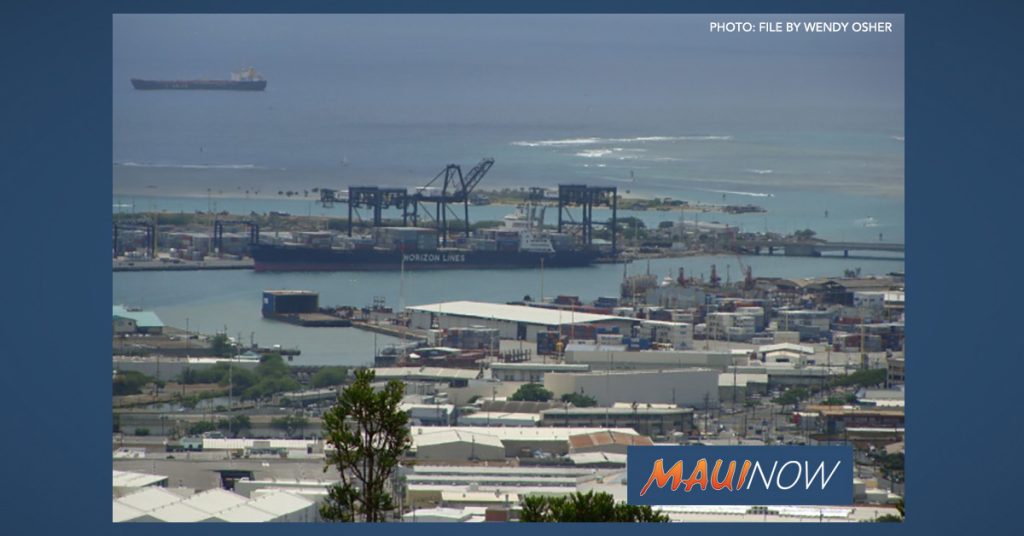 Joint Base Pearl Harbor Hickam was on lockdown earlier this afternoon amid what was described by authorities as an “ongoing security,” and an “active shooter incident.”

Governor David Ige issued a statement this afternoon saying, “I join in solidarity with the people of Hawai‘i as we express our heartbreak over this tragedy and concern for those affected by the shooting. Details are still emerging as security forces at Joint Base Pearl Harbor Hickam investigate. The White House has reached out to offer assistance from federal agencies, and the state is standing by to assist where necessary.”

Military officials said, “Our thoughts go out to those affected by today’s events.”  In a Tweet issued shortly before 4:30 p.m., US Army Garrison Hawaii said, “Residents may continue to see increased military police as a precaution at Army installations.”

The situation appears to have been contained as of 4 p.m.

There are reports of several individuals with gunshot wounds, however we have not received confirmation from authorities on number or severity.

Sources tell Maui Now that the area of focus is at the Dry Dock Area 2 of Pear Harbor on Oʻahu.  This area has restricted access and is not a location where visitors are known to frequent.

Official statements on those injured and circumstances surrounding the incident are forthcoming.

*Check back for updates.

Gates and base access are now open. Standby for further information regarding the active shooter incident. #JBPHH

#Update: All gates at Joint Base Pearl Harbor-Hickam have re-opened. The area around Drydock 2 remains closed.

Our thoughts go out to those affected by today's events.

Residents may continue to see increased military police as a precaution at Army installations. https://t.co/E16GhXed4n

JBPHH security forces have responded to a reported shooting at the Pearl Harbor Naval Shipyard. The incident occurred at approximately 2:30 p.m. Due to the ongoing security incident, access/gates to #JBPHH are closed. We will update when we have further information. pic.twitter.com/6uZulGOUTx

Following an active shooter incident at Joint Base Pearl Harbor-Hickam (JBPHH), all TheBus services operating within JBPHH are currently disrupted.

#HNL Update: All commercial passenger flights are operating normally at the Daniel K Inouye Airport, however traffic on Nimitz Hwy and surrounding streets have heavy traffic due to the incident at Pearl Harbor-Hickam. Allow extra time to get to the airport.

NOTE: This Saturday, Dec. 7 is National Pearl Harbor Remembrance Day, marking the 78th anniversary of the attack on Oʻahu.