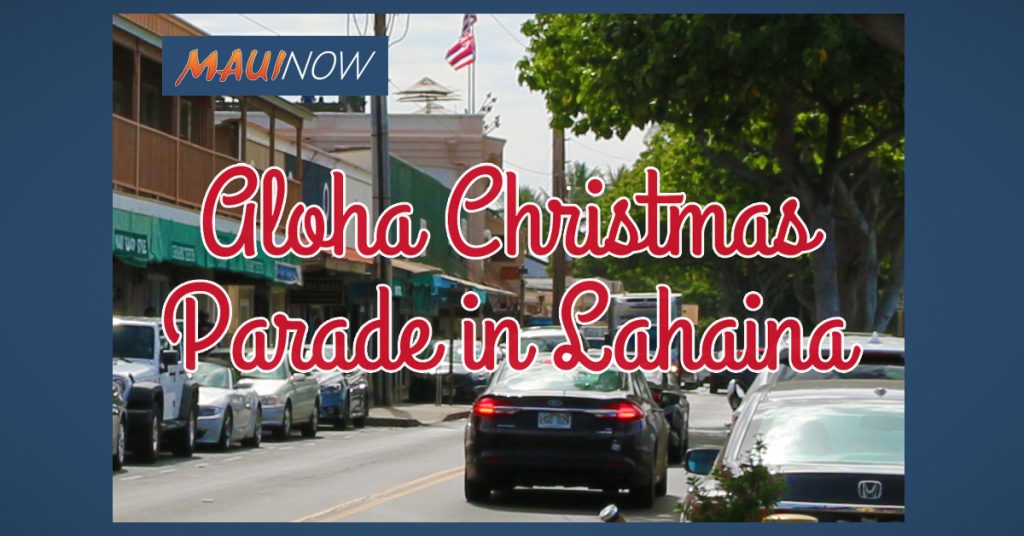 They have teamed up with the Lahaina Rotary Youth Foundation to sponsor the parade.

Front Street will be closed from the Baker Street corner to Prison Street on Saturday, Dec. 21, from 9:30 a.m. to the parade end, estimated to be no later than noon.

The parade begins at 10 a.m. at corner of Papalaua Street and Front Street (by the Lahaina Outlets).  It will proceed south down Front Street and will conclude at Banyan Tree Park.

The parade intent this year is to honor the Lahainaluna High School’s state champion teams from football, basketball and wrestling.  “What an inspiration these young athletes are to us all in West Maui,” said parade organizers.

Due to permit and liability restrictions, participation in the parade itself is limited to those authorized by the Church on the Go Inc. Administration.