The US House of Representatives approved articles of impeachment today against President Donald Trump.  The vote was 230-197 to impeach for abuse of power; and 229-198 for obstructing Congress.
The US Senate is expected to take up review next month, where a two-thirds majority is needed to remove the president from office. 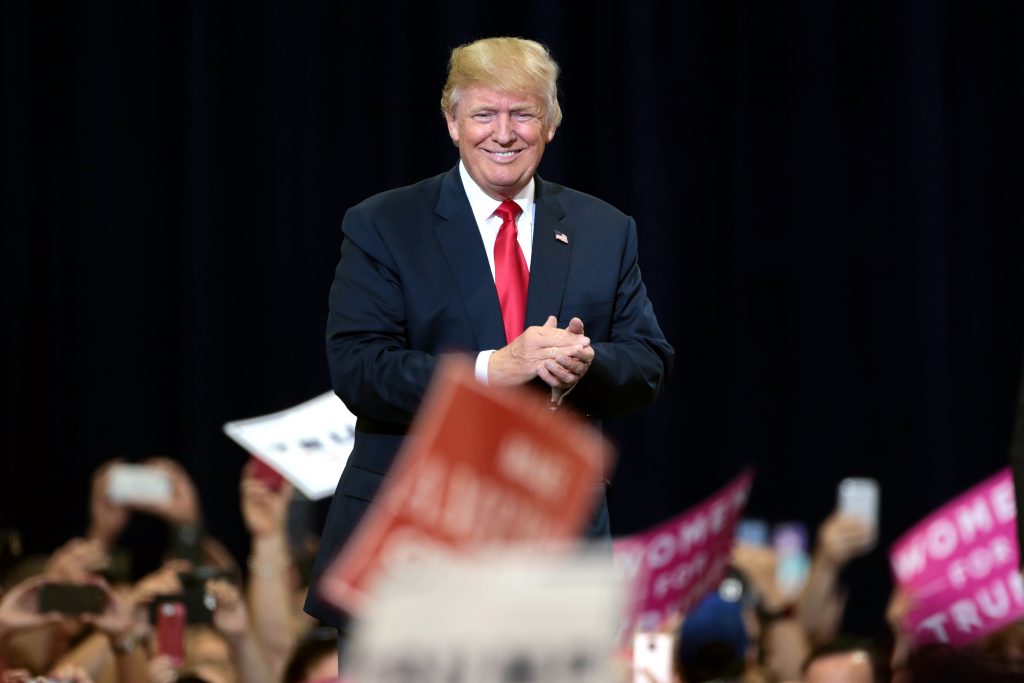 Rep. Tulsi Gabbard (D-Hawai‘i), who is running for president, voted “present” saying she “could not in good conscience vote either yes or no.”  She released the following statement today on her vote:

“Throughout my life, whether through serving in the military or in Congress, I’ve always worked to do what is in the best interests of our country. Not what’s best for me politically or what’s best for my political party. I have always put our country first. One may not always agree with my decision, but everyone should know that I will always do what I believe to be right for the country that I love.

“After doing my due diligence in reviewing the 658-page impeachment report, I came to the conclusion that I could not in good conscience vote either yes or no.

“I am standing in the center and have decided to vote Present. I could not in good conscience vote against impeachment because I believe President Trump is guilty of wrongdoing.

“I also could not in good conscience vote for impeachment because removal of a sitting President must not be the culmination of a partisan process, fueled by tribal animosities that have so gravely divided our country. When I cast my vote in support of the impeachment inquiry nearly three months ago, I said that in order to maintain the integrity of this solemn undertaking, it must not be a partisan endeavor. Tragically, that’s what it has been.

“On the one side — The president’s defenders insist that he has done nothing wrong. They agree with the absurd proclamation that his conduct was “perfect.” They have abdicated their responsibility to exercise legitimate oversight, and instead blindly do the bidding of their party’s leader.

“On the other side — The president’s opponents insist that if we do not impeach, our country will collapse into dictatorship. All but explicitly, they accuse him of treason. Such extreme rhetoric was never conducive to an impartial fact-finding process.

“The Founders of our country made clear their concerns about impeachment being a purely partisan exercise. In the Federalist Papers, Alexander Hamilton warned against any impeachment that would merely “connect itself with the pre-existing factions,” and “enlist all their animosities, partialities, influence, and interest on one side or on the other.” In such cases, he said, “there will always be the greatest danger that the decision will be regulated more by the comparative strength of parties, than by the real demonstrations of innocence or guilt.”

“Donald Trump has violated public trust. Congress must be unequivocal in denouncing the president’s misconduct and stand up for the American people and our democracy. To this end, I have introduced a censure resolution that will send a strong message to this president and future presidents that their abuses of power will not go unchecked, while leaving the question of removing Trump from office to the voters to decide.

“I am confident that the American people will decide to deliver a resounding rebuke of President Trump’s innumerable improprieties and abuses. And they will express that judgment at the ballot box. That is the way real and lasting change has always occurred in this great country: through the forcefully expressed will of the people.

“A house divided cannot stand. And today we are divided. Fragmentation and polarity are ripping our country apart. This breaks my heart, and breaks the hearts of all patriotic Americans, whether we are Democrats, Republicans, or Independents.

“So today, I come before you to make a stand for the center, to appeal to all of you to bridge our differences and stand up for the American people.

“My vote today is a vote for much needed reconciliation and hope that together we can heal our country. Let’s work side-by-side, seeking common ground, to usher in a bright future for the American people, our country, and our nation.”

Rep. Gabbard also introduced a resolution today calling on the House to censure President Trump, the text of which follows:

Whereas President Trump, using the powers of his high office, solicited the interference of Ukraine in the 2020 United States Presidential election.

Whereas President Trump conducted a scheme or course of conduct that included a recorded telephone conversation with the President Zelensky, soliciting the Government of Ukraine to investigate his political rival, former Vice President Joseph R. Biden, Jr.

Whereas President Trump abused the powers of the Presidency by ignoring or injuring vital national interests to obtain an improper personal political benefit by abusing his high office to undermine the integrity of the United States democratic process.

Whereas President Trump has undermined America’s national security and the safety of our people with a growing list of unconstitutional and reckless actions, including but not limited to:

Continued support for Saudi Arabia’s genocidal war in Yemen that has caused death, suffering, and starvation.

Recklessly abandoning nuclear agreements and treaties, like the INF treaty with Russia and the Iran nuclear agreement, thereby increasing the risk of nuclear war, nuclear proliferation, and war with Iran.

In these and other ways, President Donald Trump has undermined the safety and security of the American people.

Whereas President Trump has demonstrated that he has acted in a manner grossly incompatible with self-governance and the rule of law.

Whereas President Trump has acted in a manner contrary to the trust voters placed in him as President, to the great prejudice of the cause of law and justice, and to the manifest injury of the people of the United States.

Resolved, That the House of Representatives does hereby —

(1) censure President Donald J. Trump for actions taken by the President as outlined in this Resolution, which constitute a willful abuse of power.

(2) censure President Donald J. Trump for putting his personal political interests before those of the American people in a manner that undermines the integrity of the United States democratic process.

(4) call on President Donald J. Trump and the executive branch of government to respect the constitutionally defined separation of powers.

(5) strongly urges President Donald J. Trump to uphold his oath of office as established by the Constitution of the United States and fulfill his constitutional responsibilities to the American people.

(6) call on President Donald J. Trump to acknowledge and admit wrongdoing as outlined in this Resolution and apologize to the American people.”

Earlier this week, fellow Rep. Ed Case of Hawai‘i indicated that he would be voting to impeach the president for what he called “abuse of power and obstruction of Congress.”

In a statement on Tuesday, Rep. Case said, “At the end of the day, I believe that our President did abuse his power by attempting to manipulate our country’s foreign policy for his own personal political gain, did obstruct the constitutional duties of Congress, and does warrant impeachment for his actions. I further believe that for Congress to sanction his actions by turning away from our own constitutional role and duty would itself betray our Constitution and have the most serious consequences to our country and system of government both today and for generations.”

He continued saying, “Impeachment is not a political remedy, not a criminal remedy, but a constitutional remedy. That we have come to this point for only the third time in our incredible history is nothing to celebrate. I sincerely hope that, whatever the outcome, we will accept this sad time for our country as a wakeup call for that better way forward we all want and deserve.”

In response to the news, US Senator Brian Schatz (D-Hawai‘i) released the following statement:

“It is a somber time for our country, but one our founders specifically contemplated when they gave Congress the authority to impeach a president. They worried that a corrupt leader would use the presidency for personal gain, and they worried that a foreign government would interfere with our open and democratic elections. Their concerns feel prescient today. The power to impeach was meant to hold the president accountable for wrongdoing and make it clear that no one is above the law.

“The articles of impeachment approved by the House of Representatives lay out grave accusations that strike at the core of our democracy. These articles allege that the president abused the power of his office by withholding military aid from a foreign government to coerce it into helping him smear his political opponent and corrupt our election. It also alleges that the president systematically obstructed Congress’s constitutional duty to investigate this extortion scheme by directing administration officials to defy subpoenas for documents and testimony.

“The Senate has a solemn obligation to fully consider these allegations. It is a responsibility I take seriously. As we move forward with the Senate trial, I will continue to study the facts in the case, the legal and constitutional history of impeachment, and prepare to serve as a fair juror. With this proceeding before us, the United States Senate is being called to act as the founders envisioned more than two centuries ago.”