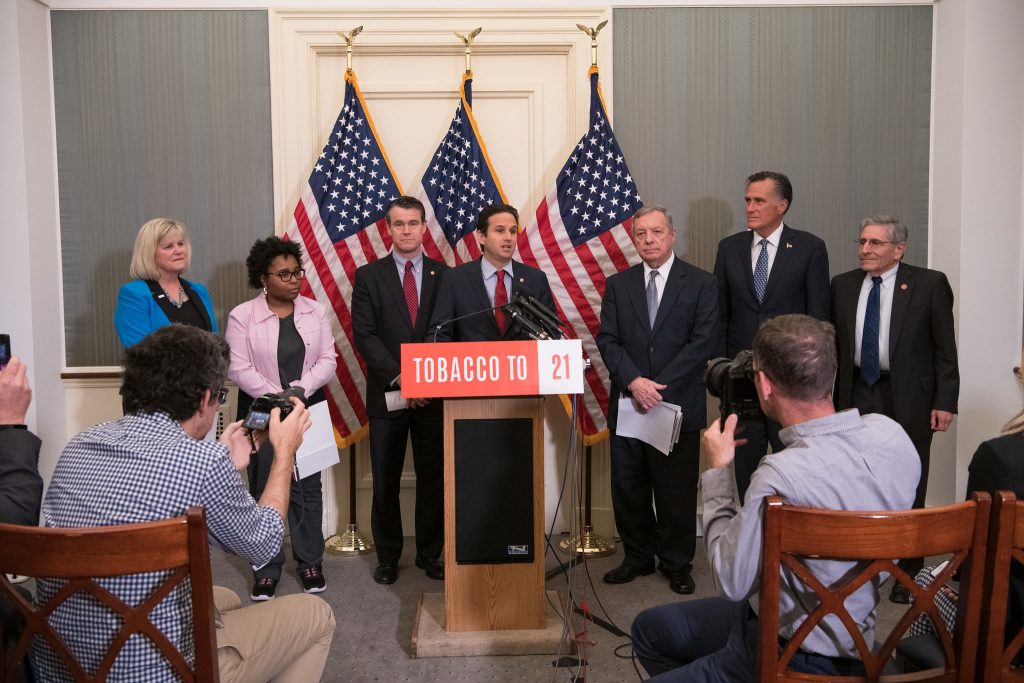 Legislation first authored by US Senator Brian Schatz (D-Hawai‘i) that will prohibit the sale of tobacco products, including e-cigarettes, to anyone under the age of 21 passed the Senate today and is expected to be signed into law by the president.

“This is a big win for public health. Raising the minimum smoking and vaping age to 21 will protect our kids and save lives,” said Senator Schatz.

According to Sen. Schatz, every day, approximately 1,300 people die from smoking-related diseases, making tobacco the leading cause of preventable death in the United States.

Research from the National Academy of Medicine shows that raising the minimum legal age of sale of tobacco products to 21 nationwide would reduce the number of new tobacco users, decrease smoking frequency by 12 percent, and save more than 220,000 lives per year from deaths related to smoking. Approximately 95 percent of adult smokers begin smoking before they turn 21, according to studies.

In 2015, Hawai‘i became the first state in the nation to raise the smoking age to 21. Since then, 18 states and the District of Columbia have followed Hawai‘i’s lead. Schatz’s law will expand the minimum legal sale age nationwide.