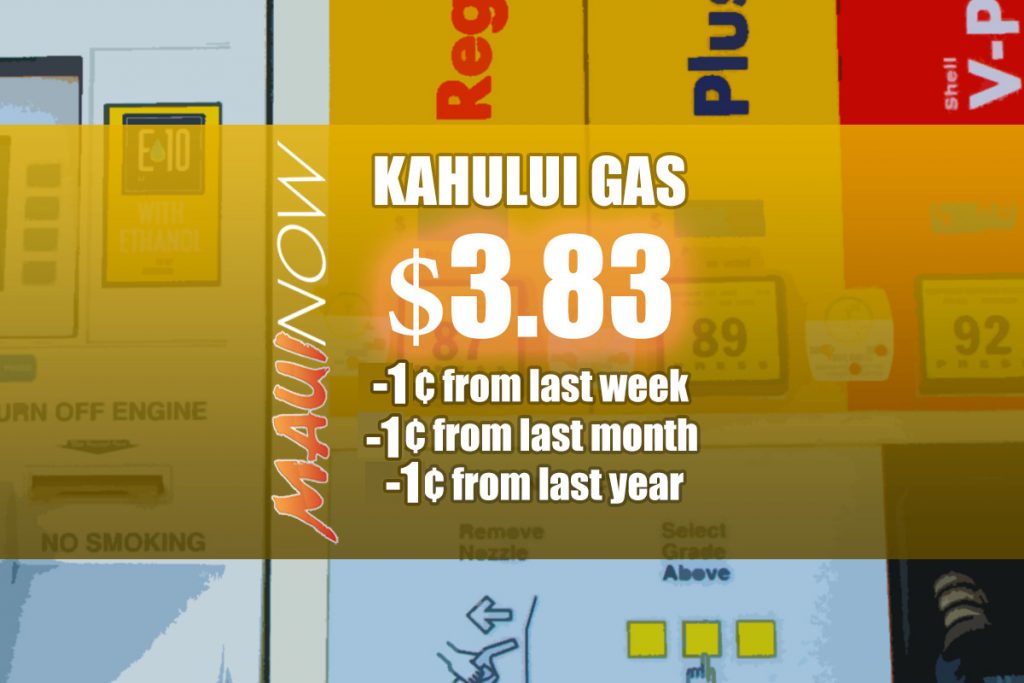 Hawaiʻi motorists paid the second-highest gas prices of the last five years in 2019, according to the AAA Hawaiʻi Weekend Gas Watch.  The year-to-date annual average gas price for the state is $3.56 a gallon for regular unleaded, just nine cents lower than last year’s average annual price of $3.65, which was the highest average of the last five years.

Today’s statewide average price is $3.66 a gallon, which is one cent lower than last week, unchanged from a month ago and 24 cents higher than on this date a year ago, according to GasPrices.AAA.com.

Līhue’s average price for regular is $3.88, which is unchanged from last Thursday, one cent higher than last month and 26 cents higher than a year ago today.

In Honolulu, today’s average price for regular is $3.54, which is unchanged from last week, also unchanged from a month ago and 25 cents higher than on this date last year.