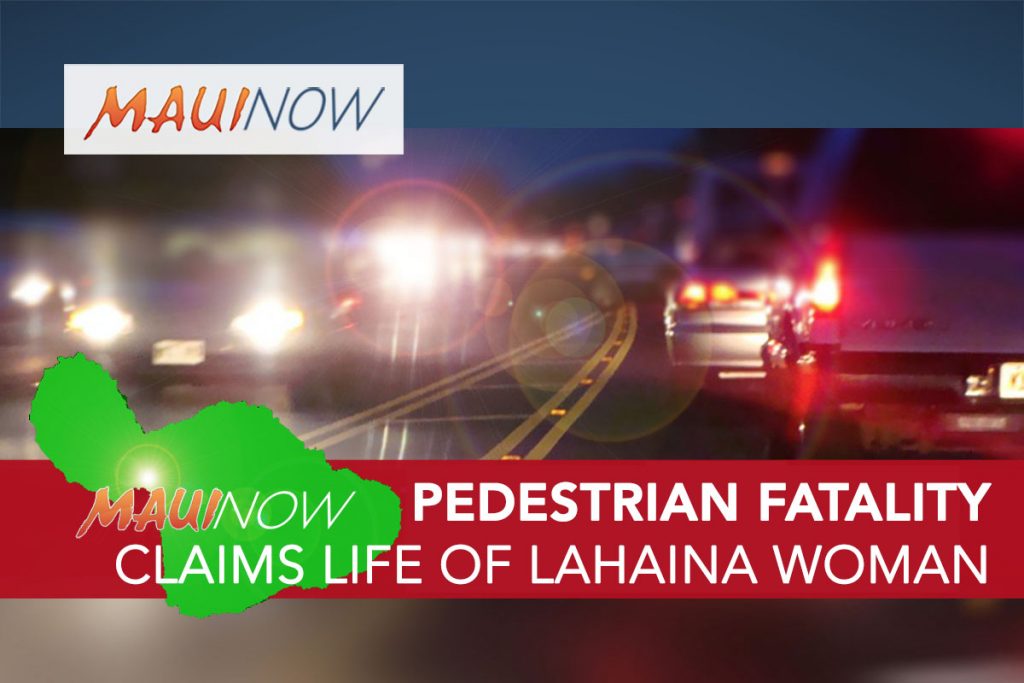 A Maui woman suffered fatal injuries when an SUV struck her while she was within a crosswalk on Lahainaluna Road on Thursday night.

The incident was reported at 8:15 p.m. on Thursday, Jan. 2, 2020 on Lahainaluna Road at the Waineʻe Street intersection in Lahaina.

Police have since identified the pedestrian as Lisa Salmon, 57, of Lahaina.  Authorities say she was within a marked crosswalk, headed south on Waineʻe Street and crossing Lahainaluna Road when the incident occurred.  She died at the scene.

According to police reports, a 2018 Toyota 4Runner SUV, driven by a 19-year-old Lahaina woman, was headed south on Waineʻe Street and attempted to make a left turn onto Lahainaluna Road.  The driver failed to observe Salmon and struck the pedestrian, according to police.

The operator of the Toyota SUV was utilizing her seatbelt at the time of the collision and was not injured in the crash.

Maui police Lieutenant William Hankins tells Maui Now that a preliminary investigation reveals that the driver stopped initially, and then when they realized exactly what they had done, the driver proceeded to the police station, where they turned themselves in.

Lt. Hankins said that under state law, the driver should have stayed at the scene to render aid.

At this time, the case is not classified as a hit-and-run and there was no arrest made; but if charges are filed, police say the case would be forwarded to the prosector’s office for review.

This was Maui County’s first fatality this year, as compared to one at the same time last year.