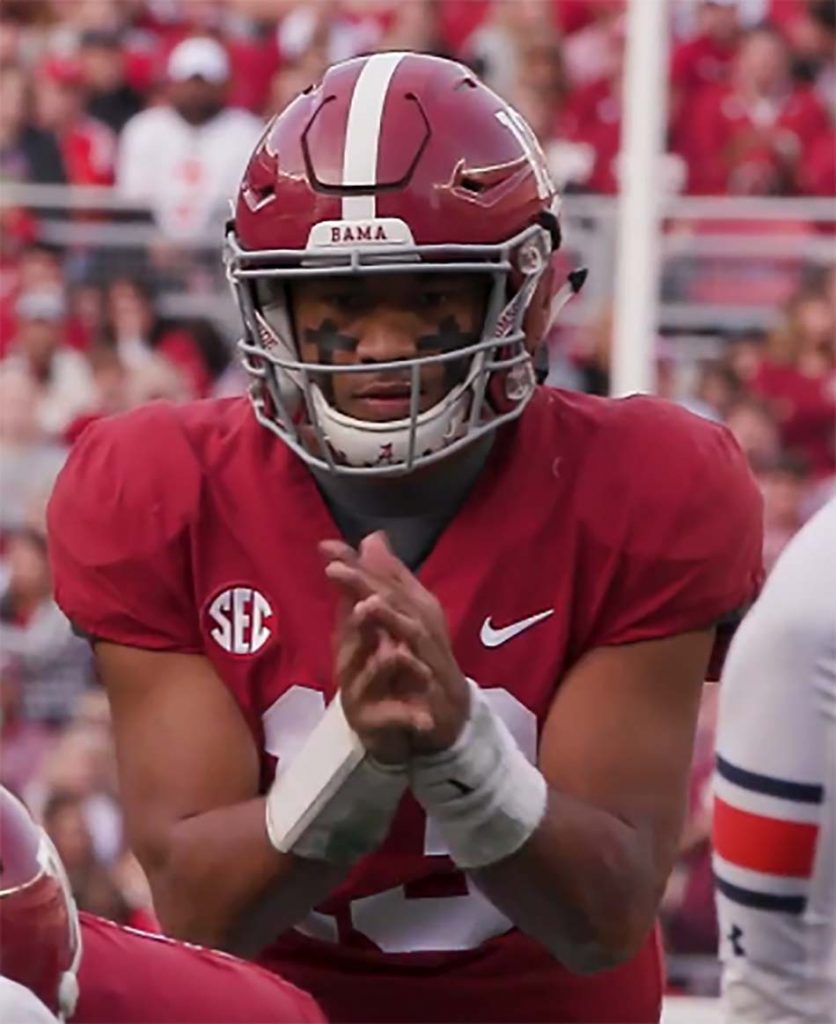 Alabama quarterback Tua Tagovailoa will enter the NFL Draft, according to an announcement made today at a press conference hosted by head coach Nick Saban.

“With lots of prayers, thoughts and guidance, I have decided that I will be declaring and entering the 2020 NFL Draft,” said the 21-year-old Tagovailoa.

“My three years at the University of Alabama have been the epitome of a roller coaster.  I’ve had a fair share of many ups and a handful of downs; and I couldn’t be happier to know that with all the success and failures I’ve had here at the University, it has prepared me for life in general,” said Tagovailoa, who is a 2017 graduate of Saint Louis School on Oʻahu.

“I have had a difficult time making this decision about my future,” said Tagovailoa during the press conference.  “My love for the University of Alabama, our coaches, our fans and my teammates has made this especially hard for me. I have had the advise and counsel of my parents, my family and coaches in going through analysis of the alternatives.”

“Like I’ve heard my parents say many times, it takes a village to raise a child, so thank you all,” said Tagovailoa in acknowledging all of those who have been a part of his journey to date.

Tagovailoa said his little brother, Taulia will still be at Alabama.

Crimson Tide coach Saban described Tagovailoa as “an unbelievable positive spirit.” “He’s helped us continue the streak to nine of 11 win seasons; he’s won a national championship here with his performance; he’s won an SEC championship; and he’s also helped us to extend the streak of being in the top 10 to 12 seasons,” said Saban.

“I think it’s fitting that a guy that has had such an impact on our program–on college football–that we have a press conference here today,” said Saban.

Tagovailoa is about 17 credits shy of graduation.