Maui Lobbyists Travel to Washington DC to Back Climate Bill 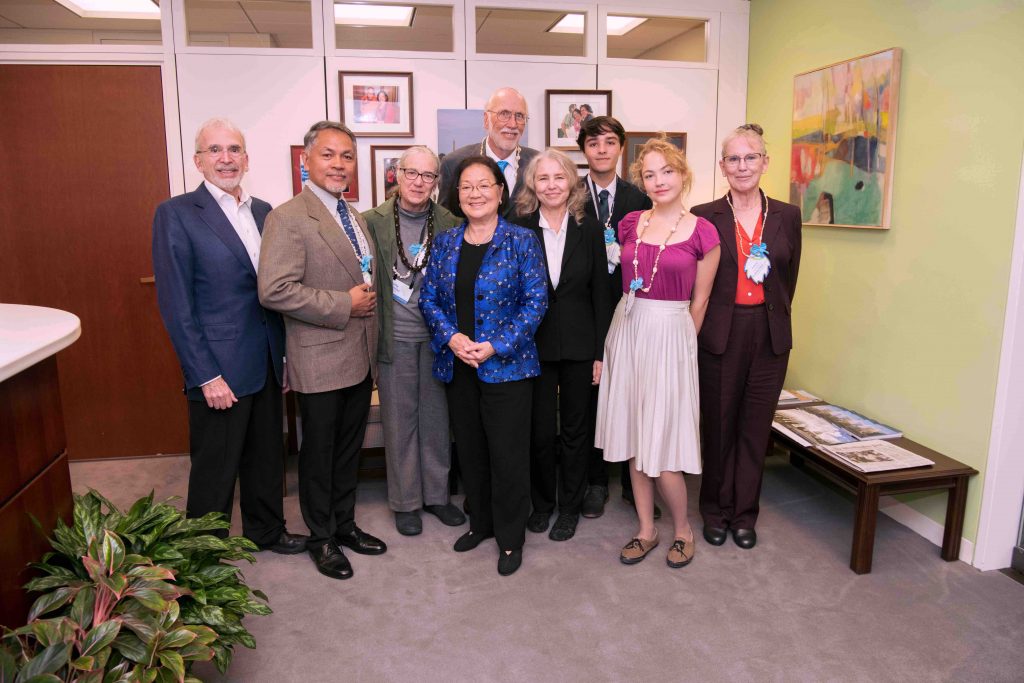 Carol Cam, Sheryl Roberts and Molly Whitehead represented an organization known as the Citizens Climate Lobby. They met with US Rep. Mazie Hirono during their recent visit to Washington DC. Courtesy photo.

Three Mauians, all supporters of a new Maui environmental group, recently completed a journey that put them in face-to-face discussions with Hawaiʻi Senators and Congressional Representatives.

Lobbyists–Carol Cam, Sheryl Roberts and Molly Whitehead–represented an organization known as the Citizens Climate Lobby or CCL. The group has nearly 200 supporters on Maui, and nationwide CCL has more than 160,000 members with chapters in all 50 states. The Maui contingent of environmental educators and activists are supporting the legislative initiative known as the Energy Innovation and Carbon Dividend bill.

The bill was introduced in the US House of Representatives and has garnered the endorsement of over 65 elected members. According to the CCL leadership “the bill aims to remove two major obstacles to effectively dealing with” what the group calls “the increasingly deadly effects of climate change.”

The Energy Innovation section of the Bill would create a “surcharge” on purchases of industrial quantities of fossil fuels including coal, oil, gas, and others.

The group explains: “This surcharge will be paid by big corporations and polluters and go directly into a trust fund established by the Bill. This is where the Carbon Dividend component comes into play. Under this provision the funds generated by the surcharge are then returned to US citizens in the form of direct payments by check from the trust fund. Thus big fossil fuel users – power-plants, automotive factories, other manufacturing companies, etc. will thus have to pay to pollute. They are likely to then add the surcharge to the prices of their products. Consumers will be protected against this increase by their payments from the trust fund.”

CCL, the Columbia University Center On Global Energy Policy and other academic and policy authorities predict that, when enacted the Bill will result in a reduction in US greenhouse gas emissions at or around 40% in eight to 12 years.