Two members of the Westboro Baptist Church out of Topeka, Kansas held signs and played music today as a protest to transgender inclusion at a school on Maui.

School officials on Maui issued a letter to parents last month in advance of the planned protest saying they were working closely with the Hawaiʻi Department of Education, state-level leadership, the Maui Police Department, Mayor Michael Victorino and the Federal Bureau of Investigation. Maui High Principal Jamie Yap said the school’s efforts were “to ensure that this group’s right to assemble in a public area does not jeopardize the safety” of the school community.

The Wesbtoro Baptist Church issued a press release in advance of the demonstration speaking out against Transgender identity. The group is reportedly known for its use of “inflammatory hate speech” and use of derogatory signs in getting their message across. 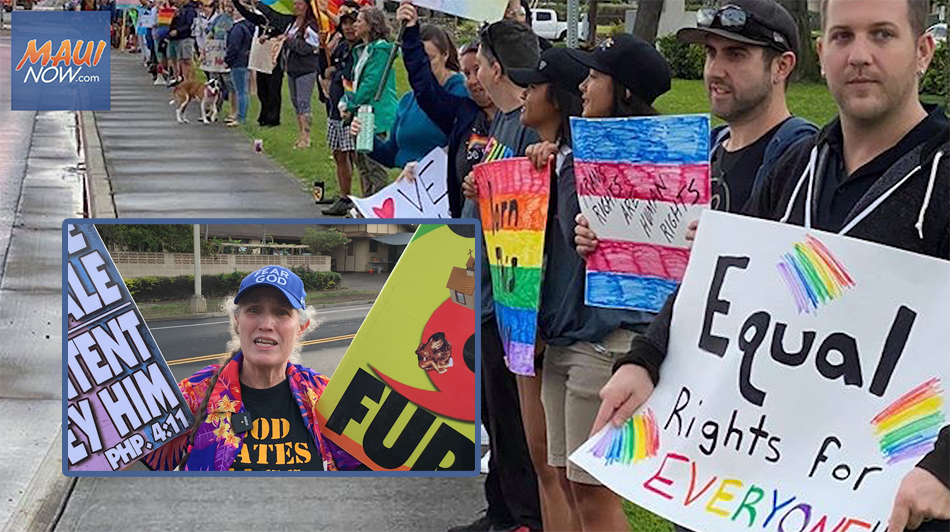