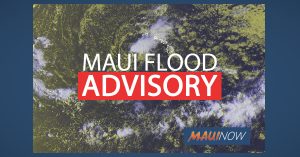 The National Weather Service has issued a flood advisory for the island of Maui until 6:15 p.m.

Officials say that at 3:10 p.m., radar indicated heavy showers along the Hāna coast and windward Haleakalā. Rain was falling at a rate of one to two inches per hour, and is persistently forming over the slopes.

Locations in the advisory include but are not limited to Huelo, Kīpahulu, Nāhiku, Kaupō, Hāna, Kailua and Haleakalā National Park.

A Flood Advisory means that nuisance flooding is occurring or imminent. A flood advisory may be upgraded to a flash flood warning if flooding worsens and poses a threat to life and property.

The public is being urged to stay away from streams, drainage ditches and low lying areas prone to flooding.  Rainfall and runoff can cause hazardous driving 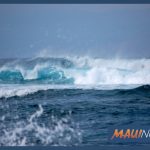 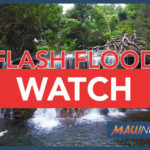