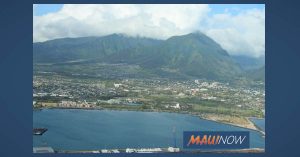 The inaugural meeting of the caucus was held on Tuesday, January 7, where members discussed legislative priorities for the 2020 session.

“Hawaiʻi is a global leader on environmental, climate, and energy policy,” Rep. Lowen (Kailua-Kona, Hōlualoa) said in a press release.

“But with the challenges we face today, we need to do more, faster. It’s my hope that the creation of an Environmental Legislative Caucus will bring renewed focus and collaboration to the passage of needed environmental legislation.”

During the meeting, members discussed multiple environmental issues, including climate change adaptation, sea level rise, resilience to natural disasters, forest and coral reef protection, and reducing the use of fossil fuels in the transportation and energy sectors were identified as issues to prioritize for legislative action this session.

Members of the caucus say they will will build on legislation passed in recent years that “has made Hawaiʻi a leader in environmental policy.”

Hawaiʻi was the first state to pass a 100 percent clean energy goal and to ban the toxic pesticide chlorpyrifos.

The islands also became the first place in the world to protect its reefs from harmful sunscreen chemicals.

In recent years the legislature has passed dozens of bills to protect the environment, advance renewable energy, expand clean transportation, and address the challenges of climate change, including establishing the Hawaiʻi Climate Commission, implementing the State’s first appliance efficiency standards, and mandating the replacement of polluting cesspools by 2050.

Twenty-two Representatives and 14 Senators are interested in joining the caucus, including: