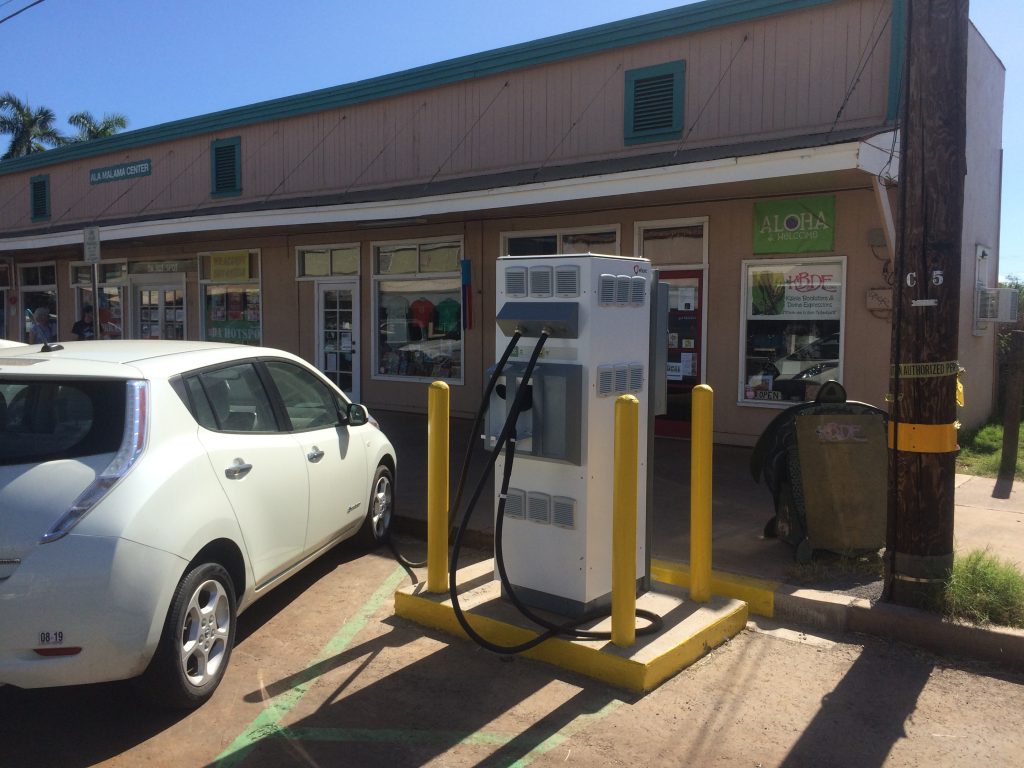 The Public Utilities Commission (PUC) has approved Hawaiian Electric’s plan to own and operate four potential EVohana sites on Maui that will offer lower charging rates incentivizing EV drivers to plug in during the day when solar energy is abundant.

“We are excited to provide new electric vehicle charging options on Maui with lower charging rates that encourage plugging in when we typically have a lot of solar energy on the electrical system,” said Sharon Suzuki, president of Hawaiian Electric’s Maui County and Hawai‘i Island utilities.

“As we work to add even more renewable energy to power our islands, EVs can further our efforts to get off fossil fuels and protect our environment.”

The four identified sites are currently part of the existing EVohana network on Maui, which during a transition period has been temporarily owned and operated by non-profit organization Maui Economic Development Board, Inc. (MEDB). The current EVohana network is a member-only program serving about 320 EV drivers at eight existing sites on the island.

The existing EVohana charging stations will remain in place – as long as the aging equipment is operable and funding is available – until the new charging infrastructure construction is scheduled to begin at the four selected sites.

To date, there are about 1,000 total EVs registered on Maui.

Once the site agreements are secured and other required documentation and construction preparations are finalized, Hawaiian Electric plans to replace the aging charging stations at the four selected EVohana sites and install new charging equipment allowing more EV types to charge. EV drivers will also be able to “pay-as-you-go” with multiple ways to initiate charging sessions, from smartphone apps to credit cards.

The EVohana charging sites were initially established as part of the JUMPSmartMaui demonstration project, a cooperative venture between Japan, the State of Hawai‘i, County of Maui, MEDB, Hitachi and Maui Electric (now doing business as Hawaiian Electric). The pilot project operated from 2011 to 2017 to exhibit smart grid technologies that could enable the efficient use of renewable energy on an island grid.

At the conclusion of the JUMPSmartMaui project, ownership of the charging assets was transferred to MEDB until a permanent owner and operator of the sites could be confirmed. MEDB partnered with Hitachi to create a new, temporary program called EVohana, with Hitachi ending its participation on March 31, 2019.

In 2018, a consortium of community and advocacy groups, including MEDB, Hawaiian Electric, Ulupono Initiative and the County of Maui, agreed that having the electric utility sustain the EVohana charging network would be most beneficial to current and future EV users and play an important role in integrating more renewable energy on Maui. As part of this updated plan, the consortium worked on a transition to expedite the transfer of ownership and operation of the selected EVohana sites to Hawaiian Electric.

“We appreciate our partnership with Hawaiian Electric, Ulupono and the County of Maui for stepping up to support this transition to ensure our island continues to have access to reliable public fast-charging options for EV drivers,” said Leslie Wilkins, MEDB president and chief executive officer. “MEDB took temporary ownership and operation to keep the EVohana charging network in place and without Hawaiian Electric the entire charging network would have been retired in 2019.”

The four sites were selected based on feedback collected from EVohana members and the community, historic and forecasted usage, the cost to upgrade the aging charging infrastructure, and the annual operating and maintenance expenses.

In 2019, Hawaiian Electric proposed a comprehensive electrification of transportation workplan that further details the companies’ expanded role in the deployment of EV charging infrastructure for Maui County, O‘ahu and Hawai‘i Island.

The plan can be viewed here.