Tusli Gabbard is among a list of 12 candidates that will appear on the Democratic Party of Hawaii Party-run Presidential Primary ballot.

One additional campaign, Kamala Harris, filed paperwork to appear on the ballot but later asked that her name be withdrawn.

All candidates that made the cut filed paperwork prior to the Jan. 22, 2020 deadline.

The Democratic Party announced the list of candidates on Wednesday evening, saying they anticipate an unprecedented number of voters to return ballots due to the mail-in voting process.

Election day results will be announced on April 4, 2020.

“This year’s Presidential election is critical, and Hawaiʻi Democratic voters will have an important role to play in selecting the party’s national nominee,” said Kate Stanley, Democratic Party of Hawai‘i Interim Chair.

Voting will be conducted with ranked choice ballots, allowing voters to list their preferred candidates from 1 to 3. Each ballot will only count for one candidate, but rankings will allow voters whose first-choice candidate is below the 15 percent threshold to have their subsequent candidate be tallied. This provides mail-in voters the most similar experience to what takes place at a traditional caucus when their first choice is not viable.

In order to receive a delegate from Hawai’i to the Democratic National Convention, a presidential candidate must receive 15 percent of the total count within a Congressional District.

Democratic National Convention delegates who are pledged to those candidates will be selected at the Democratic Party of Hawai‘i State Convention to be held May 23 and 24, 2020 at the Sheraton Waikiki.

Separately, the Democratic Party of Hawai‘i Precinct, District, County and State Conventions Delegate Elections will take place on March 4, 2020, at locations around the state. 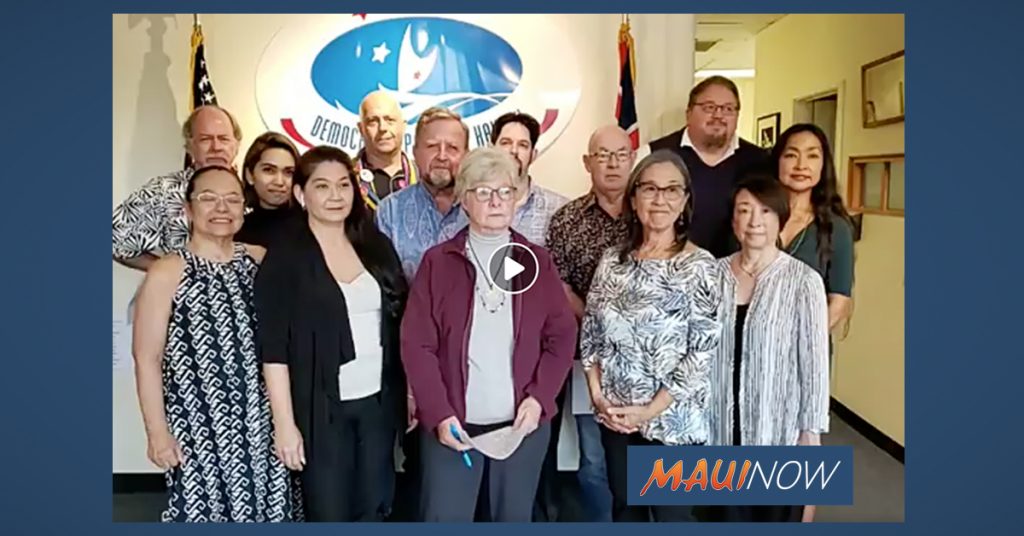