Willie K: “I’m at Terminal Now… And I’m Still Going to be Rocking” 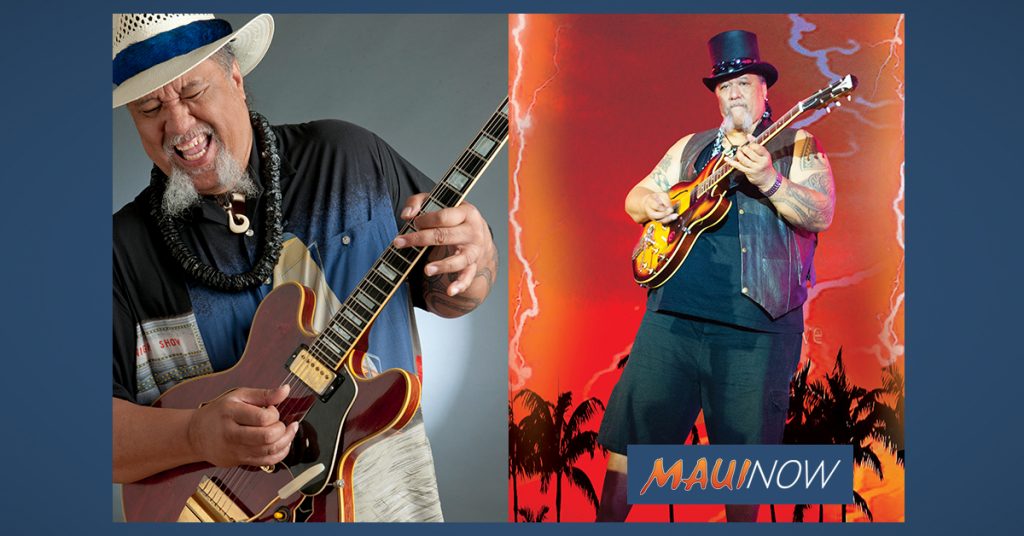 Legendary Maui Musician Willie K says that his cancer diagnosis is now terminal, but vowed to keep “rocking,” in a Facebook message to fans on Wednesday.

In a short one minute video message he said, “We just got through with our concert here at the Blue Note Waikīkī, and what an awesome, awesome crowd. My goodness.  We were supposed to do a 90 minute show, but we did a two hour show.  Why not, right? Why not, yeah? Because they deserve it,” he said.

“I’d like to just say mahalo to all my fans out there for enjoying my show… and what I said earlier about the stages of my cancer–Yes, I am at terminal now. And I’m still going to be rocking.  I’m not going to stop.  I’m not going to stop.  This cancer is not going to take me down.  Especially with all of your blessings from you–each and every one of you. Praise God,” he said as he raised a cross necklace and kissed it. “Praise Jesus. He will always take care of you.”

He has a dozen more shows scheduled this year, once a month at the Blue Note, with a special guest performance on three additional dates in March. The Maui Arts & Cultural Center has Willie K and his band listed as live entertainment for the upcoming Big Game viewing party at the Yokouchi Pavilion on Sunday, Feb. 2, 2020.

A follow-up message was posted to his Facebook page this morning saying:

“We all want to take pictures with Willie K after a show, or talk to him or hug him. PLEASE, when he is done with his set, and as he is walking off stage, LET HIM THRU so he can catch his breath, get his bearings, relax and recouperate. If his wife or Jesse tells you to wait outside for a photo op, or anything else, PLEASE DO SO. As many of you can see, he gives it his all during the show and afterwards he needs help to get off the stage. Please respect this. We do appreciate everyone who comes to his shows. He is one in a million and we understand all the excitement. MAHALO for all the continued support and prayers for this amazing and talented man.”

In April of 2019, there was an update posted to a GoFundMe account, that the cancer was considered Stage 4.  The update stated that Willie K had “completed chemotherapy and many sessions of radiation, and was undergoing immunotherapy” which would continue for the rest of his life.

He recently performed on Maui at his annual Willie K & Friends 2020 Bluesfest on Jan. 4, 2020.  At the same venue a year earlier on Jan. 5, 2019, he collapsed while on stage during the show and attributed the incident at the time to dehydration.

In October of 2019 he released a new cd, Tropical Plantation Blues. He also appeared at several recent shows at Mulligans on the Blue in Wailea on Maui and other private events around the islands.

Willie K has won multiple Nā Hōkū Hanohano awards, most recently in 2012 for Rock Album of the Year for “Warehouse Blues.” He has also been nominated for a Grammy. He’s known for performing several styles of music, ranging from Hawaiian to rock to blues to opera.

To donate to the Willie K cancer fund, click here.