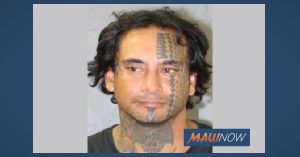 Maui police have since identified the male victim in this case as 20-year-old Keenan Blair.  Police say the suspect, 39-year-old William Douglas Allen and Blair knew each other.  The reason for this incident is still under investigation.  Allen remains in police custody and charges are pending as the investigation is ongoing.

A suspect was taken in after Maui police found the body of a male that appeared to have been severely beaten on Saturday afternoon.

Police found the unidentified male, who was reportedly in his twenties, at about 12:30 p.m. along Holomua Road.

Officers later discovered a vehicle owned by the victim that was set on fire, off of Baldwin Avenue near the old Pāʻia Gym.

The investigation identified William Douglas Allen (39), as a suspect in this incident. Police say an All Points Bulletin was immediately issued for his arrest.

At about 6 p.m. on Saturday evening, an Off Duty Sergeant observed the suspect in the Pāʻia Municipal Parking lot and advised Police Dispatch.

Allen was then arrested for Murder in the Second Degree and Kidnapping, without further incident.

So far, investigation reveals that the victim and Allen knew each other.

The motive for this incident is still under investigation.

Allen remains in police custody, charges and next of kin notification are pending.

Scroll Down to Read 36 Comments 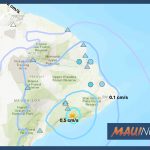 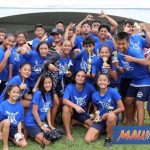