There is no tsunami threat to Hawaiʻi after a 4.2 (preliminary magnitude 4.0) earthquake in the Hilina Region of the Kīlauea Volcano on Hawaiʻi Island, according to the Pacific Tsunami Warning Center.

The USGS’ Hawaiian Volcano Observatory reports that the quake was centered about 12 km (7.5 miles) southeast of Kīlauea caldera near the Hōlei Pali area of Hawai‘i Volcanoes National Park at a depth of 7.7 km (4.8 miles). The USGS gave the following location coordinates:

The USGS “Did you feel it?” service received over 280 felt reports within the first hour of the earthquake.

According to HVO seismologist Brian Shiro, the earthquake had no apparent effect on Kīlauea or Mauna Loa volcanoes. “We see no detectable changes in activity at the summits or along the rift zones of Kīlauea or Mauna Loa as a result of this earthquake. Aftershocks are possible and could be felt.” HVO continues to monitor Kīlauea and other Hawaiian volcanoes for any changes.

Kīlauea’s south flank has been the site of 20 earthquakes of magnitude-4.0 or greater during the past 20 years. Most are caused by abrupt motion of the volcano’s south flank, which moves to the southeast over the oceanic crust. The location, depth, and waveforms recorded as part of today’s earthquake are consistent with slip along this south flank fault. This earthquake is likely an aftershock of the 2018 magnitude-6.9 earthquake as the volcano continues to settle. 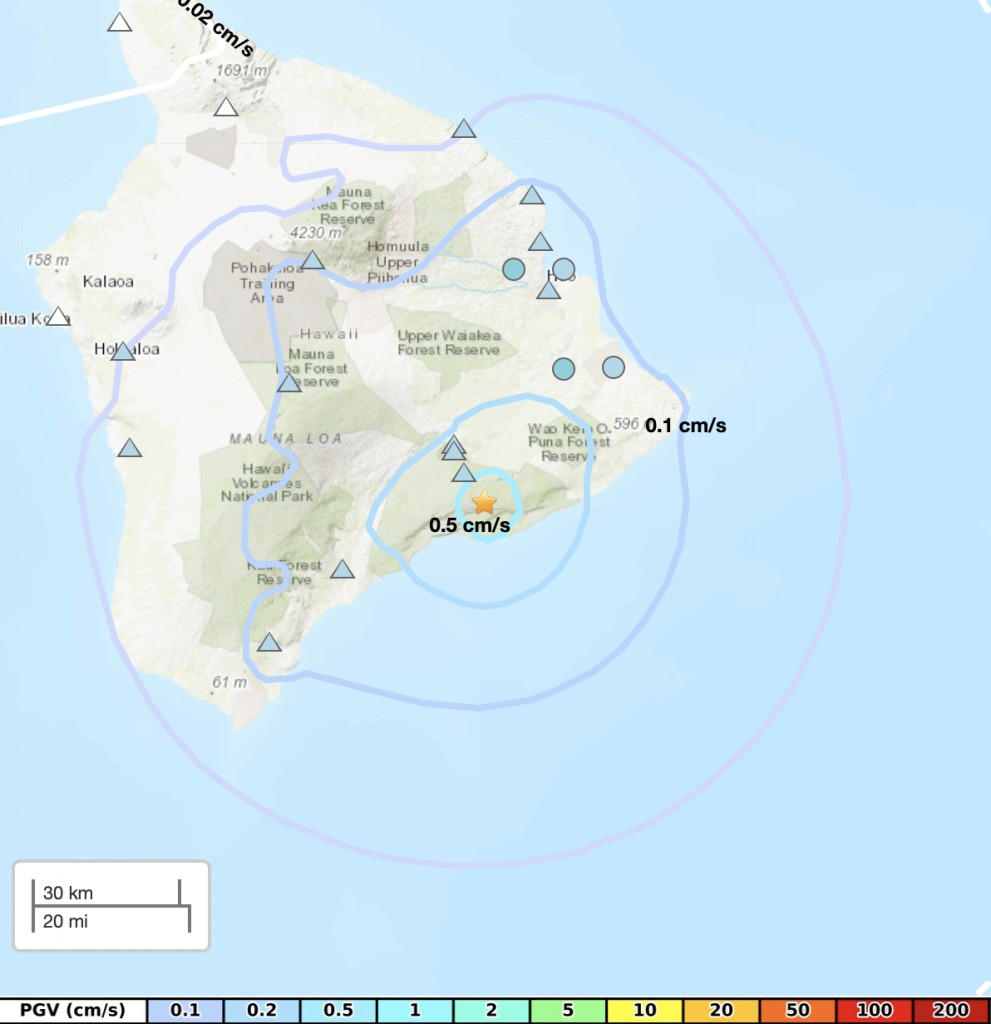