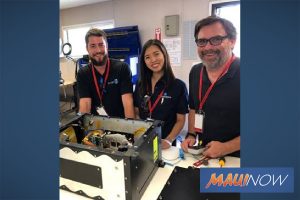 Maui company, HNu Photonics LLC, is bringing NASA-funded cutting-edge technology to the International Space Station to better understand the effects of living in space on the human body.

Representatives say the research will help to develop and manufacture future medical cures in space where there is no gravity to distort DNA and protein molecules.

On Sunday, Northrop Grumman’s 13th commercial resupply mission for NASA, a Cygnus spacecraft on an Antares rocket, is scheduled to launch from NASA’s Wallops Flight Facility in Virginia, and carry the HNu Scorpio-V Mobile SpaceLab to the ISS.

In 2019, HNu Photonics LLC, an award-winning science and technology company based in Kahului, Maui, was the first instrument builder to be awarded a grant from NASA’s Space Biology Program to use the Mobile SpaceLab for its own biological experimentation during a roundtrip mission to the ISS. HNuPhotonics was previously awarded a grant from NASA to include its instrument on a Blue Origin launch. Additionally, they have a Space Act agreement with NASA.

Scorpio-V, the space technology biological sciences division of HNu, designed the tissue and cell culturing facility that can perform biology experiments in space without the need for crew operations, for as long as a month.

“Our team of scientists will design and execute experiments to test the effects of microgravity on neurons and will control and monitor the experiments from Earth.”

“As the U.S. and other nations and organizations around the world expand space exploration, it has become imperative to better understand what living in space does to the human body in order to mitigate potential health risks. Furthermore, the neuron studies performed on the ISS with the Mobile SpaceLab are expected to provide additional insights into earth-bound age-related cognition and decline,” O’Connell explained.

“Physiological dysfunction at the tissue and systemic level is likely a result of altered cellular function, subcellular processes and intracellular communications,” O’Connell said.

“Intracellular trafficking of vesicles is a fundamental subcellular process that can significantly alter cellular tissue and systemic processes if impaired in microgravity.”

Through this and subsequent studies, the Scorpio-V team will seek to measure the effects of gravity, or lack thereof, on neuron differentiation, cellular processes, cytoskeletal organization, intracellular communication and overall functionality, to better inform the NASA scientific community about the effects of microgravity on neural and general cellular function.

“These therapeutic interventions may also be used to treat neurodegenerative diseases or general cognitive decline for the terrestrial human population.”

Previous studies on earth have demonstrated that disrupted intracellular communication contributes to abnormal physiological processes and that intracellular processes are sensitive to cytoskeletal organization.

“It has been well documented that the lack of gravity on-orbit has resulted in a cytoskeletal structural reorganization within a host of adherent mammalian cell cultures,” Ridgley said.

“Furthermore, the mechanical environment of stem cells has been shown to dictate the differentiation pathway and the final phenotype of a cell line” 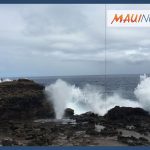 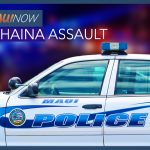