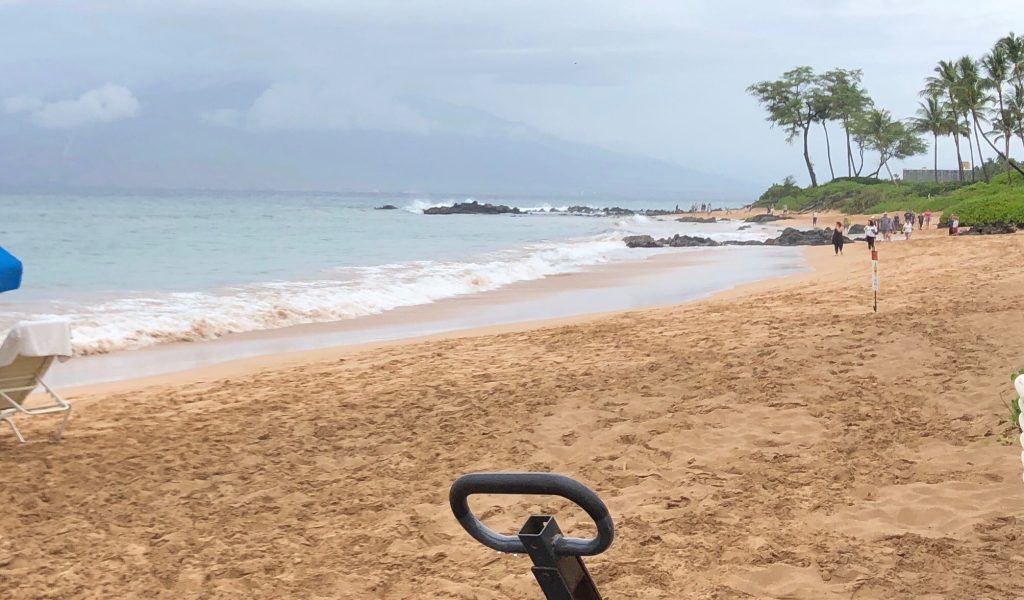 A stretch of south Maui shoreline reopened at around noon today (Thursday, Feb. 6, 2020).  The nearshore waters were closed yesterday between Keawakapu and Palauea, after a shark bit a standup paddle board.  Authorities say three sharks were observed at various times and locations during patrols yesterday with at least one shark aggressively pursuing a group of stand-up paddle boarders, who attempted to fend it off with their paddles.  No one was injured during the incidents.  An all-clear has since been issued and signs have since been removed from area beaches.

The state Department of Land and Natural Resources has continued the beach closure from Mana Kai near Keawakapu at the Kīhei/Wailea border to Palauea “White Rock” in Mākena until at least noon today, Thursday, Feb. 6, 2020.

This comes after a shark bit a standup paddle board on Wednesday morning.  Authorities say up to three tiger sharks of at least 10 feet in length were observed in area waters.  The department reports that one shark had been aggressively following a group of stand-up paddle boarders who attempted to fend it off with their paddles.

Ocean Safety units were dispatched to the area at 9:44 a.m. on Wednesday, Feb. 5, 2020, after a stand-up paddle boarder called 911 to report a 10-foot tiger shark in waters fronting the Andaz Wailea Resort.

No one was hurt in the incidents.

Shark sighting signs were posted at area beaches and crews continue to monitor the area for any sign of shark activity.  Standard protocols entail continued monitoring until at least noon today.  The nearshore waters will reopen for ocean goers only after authorities survey the area and give an all clear. 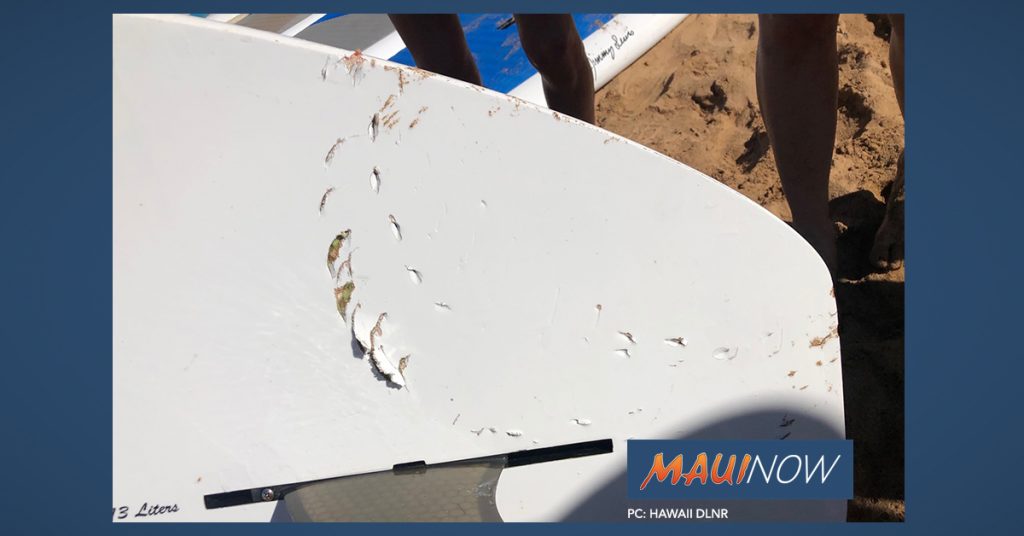