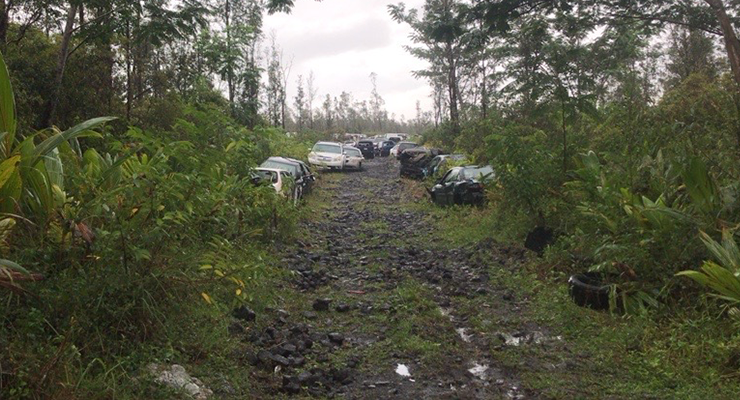 Over the past six months, the Department of Hawaiian Home Lands partnered with the Governor’s Task Force on Homelessness, the Hawaiʻi State Department of Transportation, and other service providers to remove unpermitted structures, unauthorized campers and abandoned vehicles from sites in Kalaeloa, Anahola, Hanapēpē, King’s Landing and other locations statewide.

“The investigation included an assessment by the Hawaiʻi State Department of Health, citation of several unpermitted structures, citation of the abandoned vehicles, and trespass notices given to unauthorized campers,” the department said in a statement issued today, noting that steps are being taken to prevent future dumping in the area.

An investigation into the homesteaders who hold leases for these lots was also initiated.

“DHHL is collaborating with other State agencies and Hawaiʻi County to prepare a work plan for the removal of the unpermitted structures along with the removal and disposal of the vehicles. Homeless services providers are assisting with unauthorized campers in this area, and the Department is cooperating with law enforcement in an investigation of the intentionally abandoned vehicles,” according to the DHHL.

The department is encouraging the public to report any dumping, abandoned vehicles or unauthorized campers on Hawaiian homelands to DHHL.