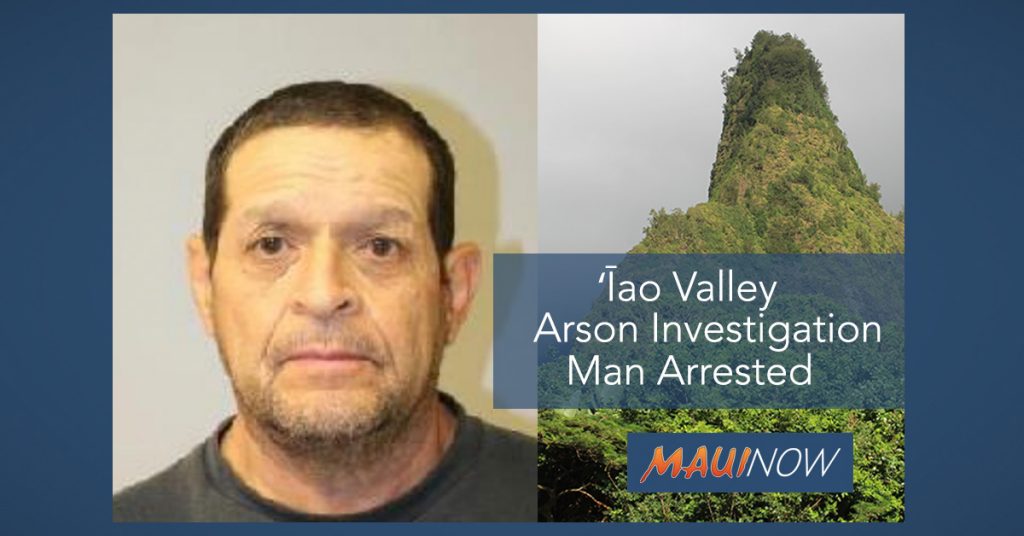 Maui police arrested and charged a Wailuku man with first degree arson and terroristic threatening after he allegedly attempted to set fire to his residence in ʻĪao on Thursday night.

Police say 57-year-old Robert Hartmann threatened the lives of “several of his neighbors” and threatened to set the house on fire, according to a police investigation.

Police say he then attempted to set fire to his home.  As a result of the actions, several victims reported that they feared for their lives, according to police.

No injuries were sustained and the investigation is ongoing.

He is scheduled for an initial court appearance today.