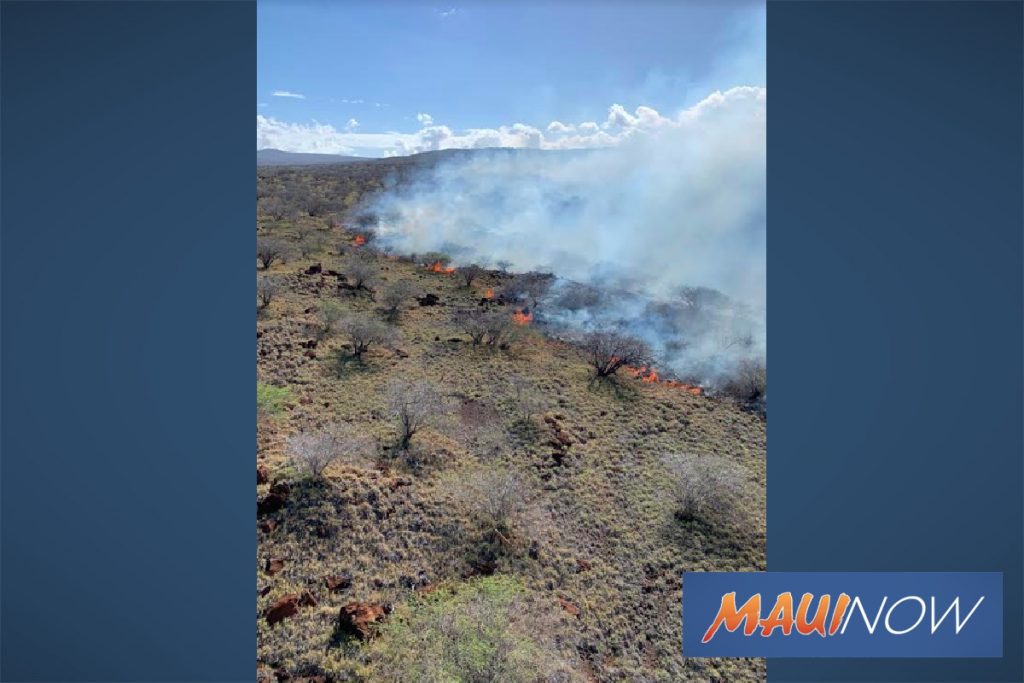 After conducting an aerial survey at 9:30 on Tuesday morning, the Maui Fire Department reported that the brush fire that broke out on Kahoʻolawe over the weekend has now scorched 6,400 acres.

Fire officials say the total perimeter of the burn area is approximately 13 miles long; most of which was not actively burning this morning.

“There was active fire involving a section of about 1⁄2 mile slowly backing in to the wind along the northeast section of the perimeter,” a press release from the fire department read.

“It appears that the prevailing tradewinds are helping slow the forward progress of the fire at this time.”

According to the Kahoʻolawe Island Reserve Commission, their main storage facility and other surrounding structures have been destroyed in the fire.

“This loss is significant, with a large amount of supplies and equipment having been housed in this area,” a press release from KIRC read.

“We hope to send a team back out to island later this week to get a better assessment of the damages.”

The fire department is not planning another recon flight today, but firefighters will continue to monitor the situation.

The fire department is is currently unable to carry out firefighting efforts by land or air due to concerns over unexploded ordnance that still exists on the island. 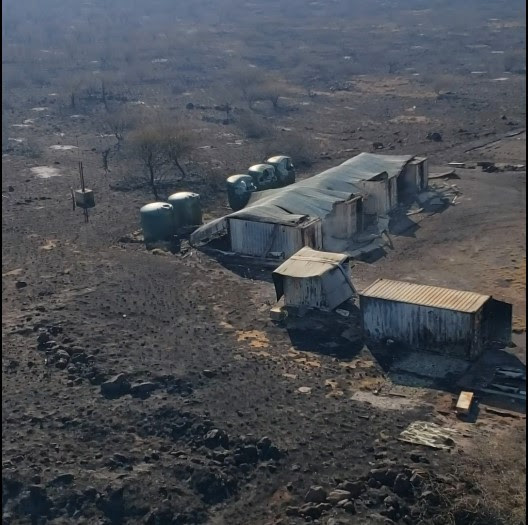