Eight visitors were airlifted to safety this evening after becoming stranded by rising waters at Makamakaʻole Gulch on Maui.

The incident was reported at 5:25 p.m. on Monday, March 2, 2020 in a steam at Makamakaʻole Gulch off of the Kahekili Highway.

Maui Fire Services Chief Rylan Yatsushiro said crews were initially called to help three stranded juveniles and one adult male from Oregon who were stranded due to the river swelling and becoming impassable.

Another group, consisting of two men and two women from Illinois were also airlifted to safety by fire crews aboard the department’s Air 1 helicopter.

Crews responding to the incident included Engine 1 from Wailuku and Rescue 10 aboard Air 1.

There was a flood advisory in effect until 5:45 p.m. for Maui, but it was cancelled.  Earlier rains resulted in flooding near Kepaniwai at ʻĪao Valley in Wailuku and along a portion of the Kahekili Highway near Makaʻala Drive. A new advisory was issued at 7:15 p.m., and has since been extended to 12:45 a.m. on Tuesday, March 3, 2020.

The National Weather Service reports that at 6:54 p.m., radar indicated heavy rain over East Maui. Rain was falling at a rate of 1 to 2 inches per hour. The public can expect rapidly rising water levels in local area streams.  The NWS says locations in the advisory include but are not limited to: Haʻikū-Paʻuwela, Huelo, Paʻuwela, Kīpahulu, Nāhiku, Hāna and Kailua.

The public is reminded to stay away from streams, drainage ditches and low-lying areas prone to flooding. 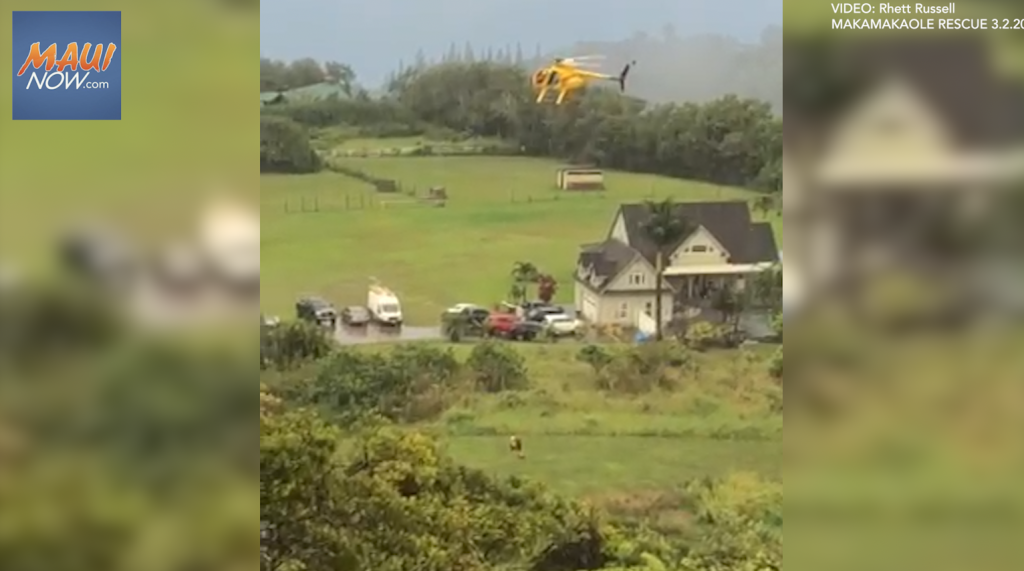 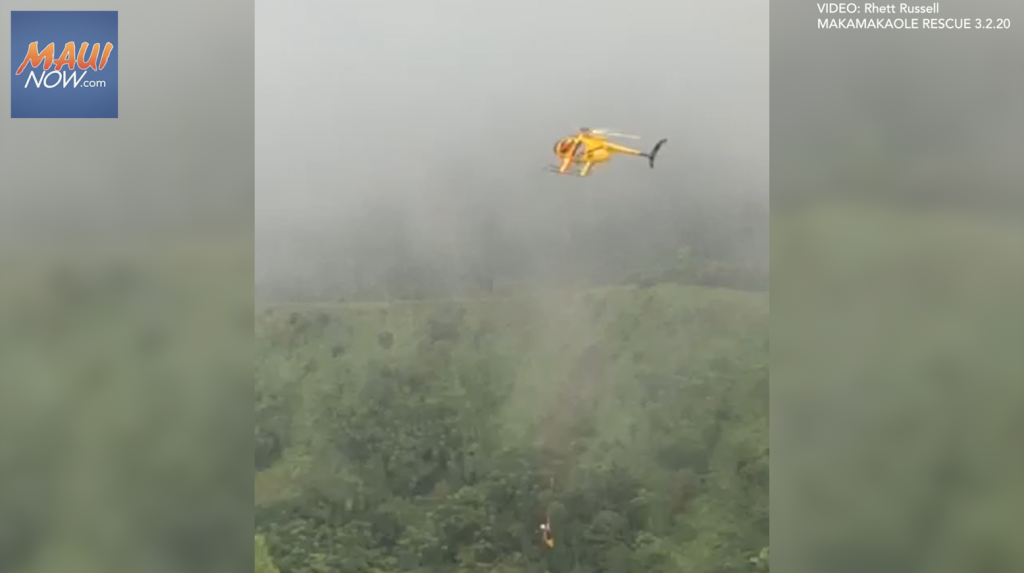 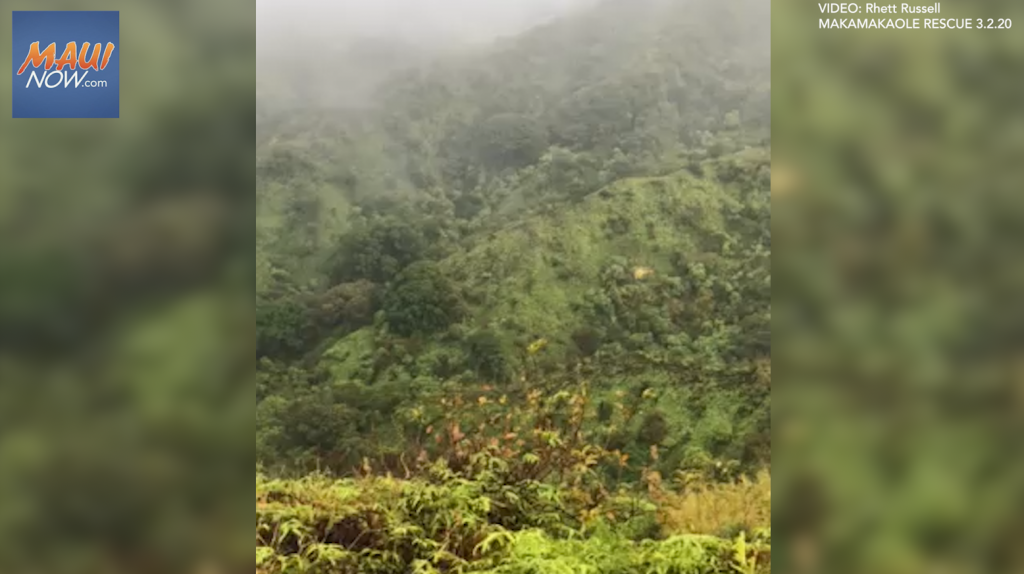 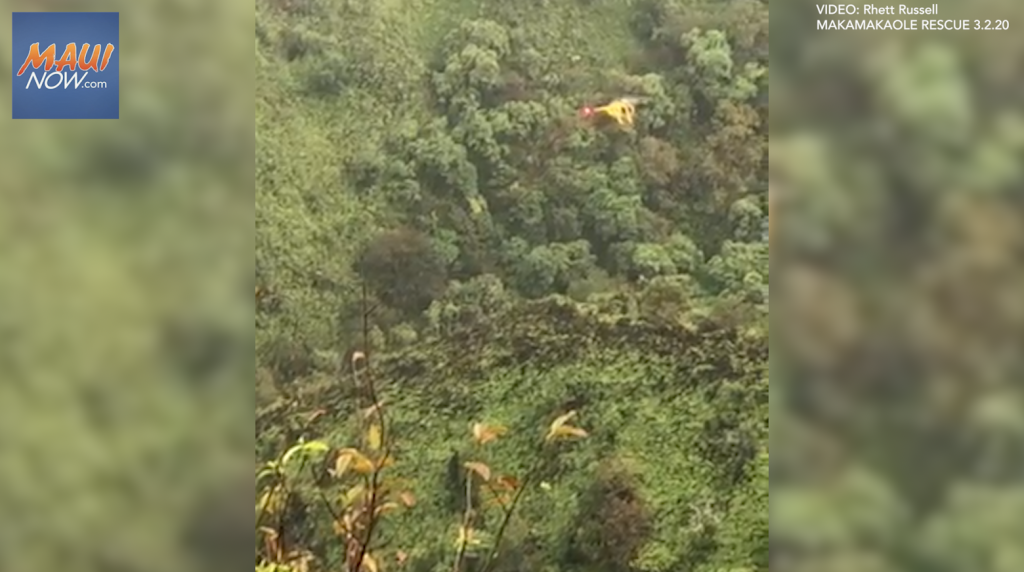