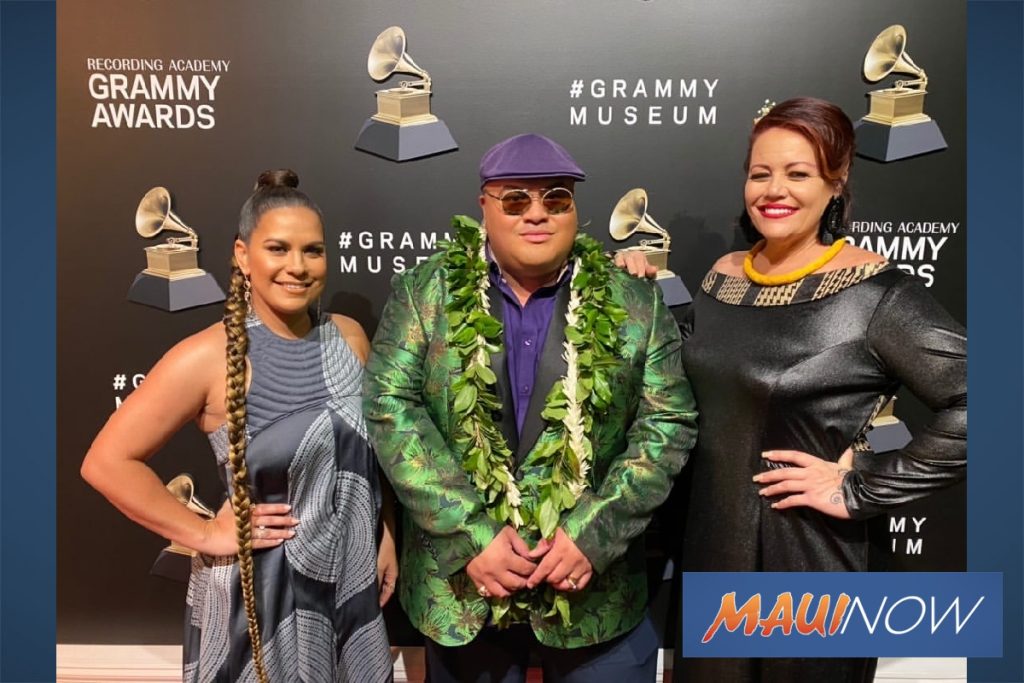 Event organizers have not announced a new event date yet. Proceeds will support performing arts programs for Maui youth.

Kalani Peʻa of Hilo, Hawaii is a two-time Grammy Award winning singer-songwriter of Hawaiian music. He released his first album, E Walea, in 2016, which won the 2017 Grammy award for “Best Regional Roots Music Album”.  Both of Peʻa’s Grammy winning albums “E Walea” and “No ‘Ane’i” hit number 11 on the billboard charts.

Amy Hānaialiʻi is Hawaii’s top-selling female vocalist of all time and has been internationally recognized as “The Ambassador of Hawaiian Music.”  She is a strong advocate for native artists through her work as the President of the Hawai’i Academy of Recording Arts and as a board member of the Native Arts and Culture Foundation. Hānaiali’i is a six time Grammy Award Nominee and is best known for reinvigorating the Hawaiian tradition of female falsetto singing.

King Kekaulike Foundation for Performing Arts is a non-profit organization dedicated to fostering a dynamic, diverse, and sustainable environment for professional and amateur productions, training for future careers in all aspects of production, and providing a state-of-the-art facility for the entire community.