Members of the Coronavirus Task Force Hold a Press Briefing

With many schools closed due to the virus, the Department of Education will not be enforcing standardized testing requirements, according to new information today provided during a White House press briefing.

This applies to students in elementary through high school for the current school year.

“They’ve been through a lot,” said President Donald Trump with variations in school closures depending on district and location.

Today, federal lenders have been directed to allow borrowers to suspend their student loan payments without penalty for at least the next 60 days–and if we need to, we’ll extend that period,” said President Trump, advising borrowers to contact their lenders.

This morning, the Treasury Department also announced that Tax Day is being moved from April 15 to July 15.

“Hopefully by that time, we’ll have people getting back to their lives.  Families and businesses will have this extra time to file with no interest or penalties,” said President Trump.  However, those with refunds or credits, can file early if they are owed money by the IRS.

Also, Secretary of State Mike Pompeo announced that the United States and Mexico have agreed to restrict non-essential travel across the US-Mexico border. 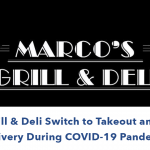 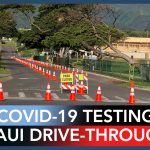 ARTICLE COMMENTS ( 9 )
This comments section is a public community forum for the purpose of free expression. Although Maui Now encourages respectful communication only, some content may be considered offensive. Please view at your own discretion.
I Understand, Show Comments