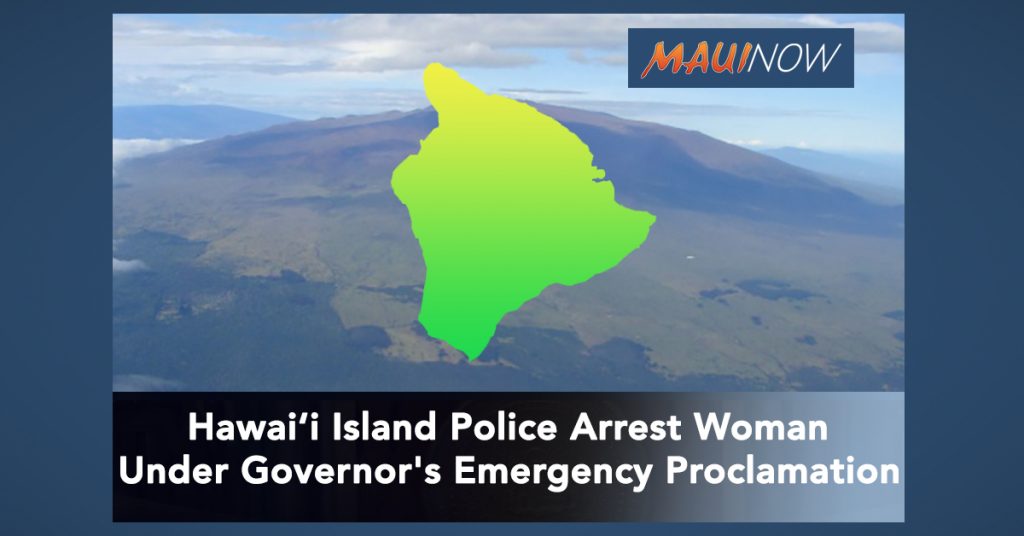 Carissa Glende, 43, was first cited for throwing a rock at a window of a home in Captain Cook, in violation of a court order.

Since she was not at her current place of residence, Hawaiʻi Island police also arrested the woman for violation of the state’s Emergency Management order.

She was subsequently charged for both offenses and bail has been set at $4000.  Glende is presently at the Kona Police Station Cellblock, awaiting the next court appearance.

Hawaiʻi Island Police report that 43-year-old Carissa Glende of Kailua-Kona was arrested for Violation of Order (586-11 HRS) after she went to a residence at the 82-6000 block of Anoi Place in Captain Cook, and threw a rock at a window and started an argument with occupants of the home, which violated a court order.