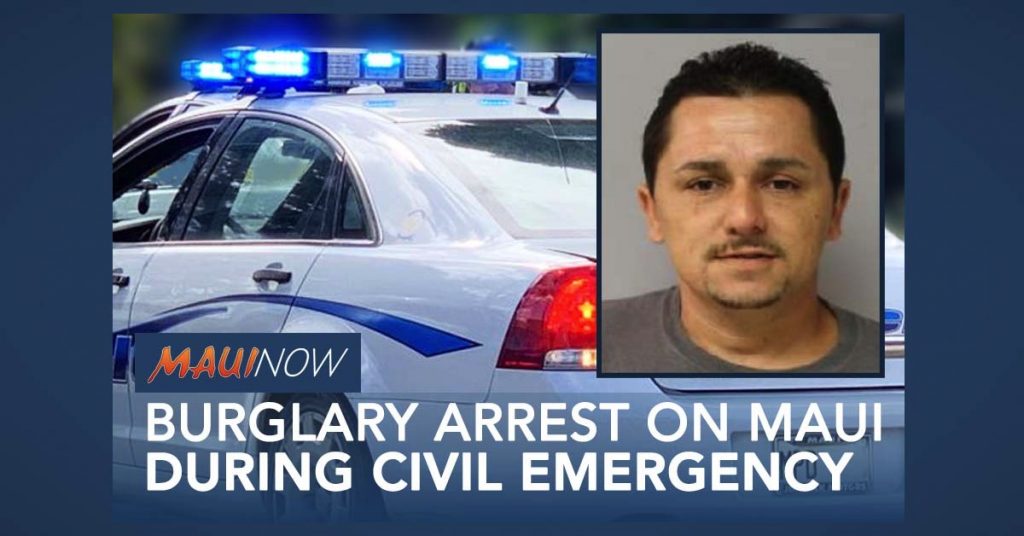 Police say an investigation into the incident reveals that Heintz allegedly entered two separate residences in Wailuku on March 25, and stole items valued at $700.

A day later, on March 26, police say Heintz unlawfully entered another Wailuku home and fled upon hearing an alarm.