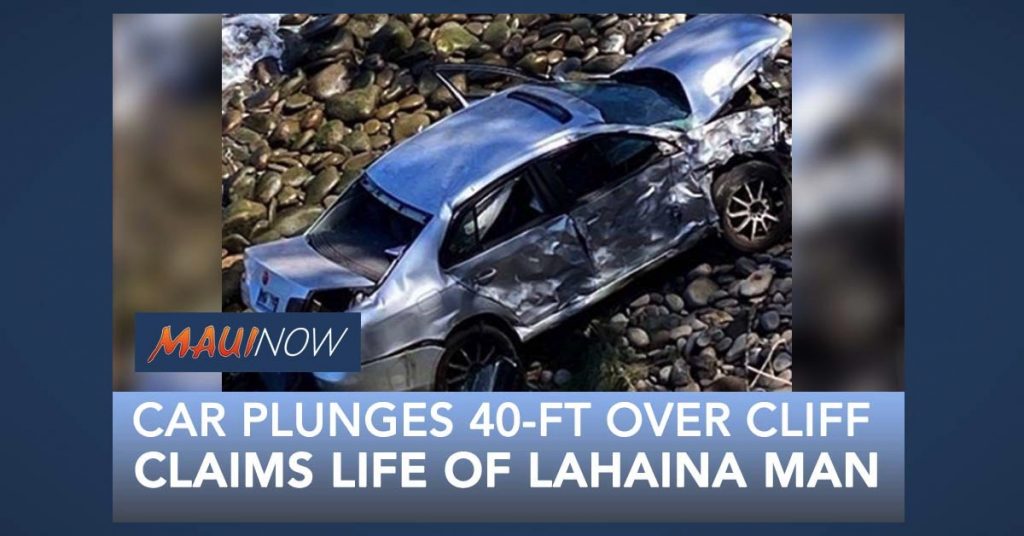 A 21-year-old Lahaina man suffered fatal injuries when the car he was operating went over a cliff side in West Maui.

Police have since identified the man as Henry Cacatzun Vasquez, and say the man died at the scene.

The incident was reported at around 9:41 a.m. on Wednesday, April 1, 2020, along the Honoapiilani Highway, just north of Plantation Estates Drive.

The vehicle was traveling north on the Honoapiʻilani Highway at high rate of speed, according to police. Police say the operator lost control of the vehicle as it rounded a curve. The sedan continued northbound uncontrollably until it struck an embankment on the makai side of the road.  It then continued up and over an embankment and eventually over the cliff side, according to police.

The vehicle landed approximately 40-feet down at the bottom of the cliff on the rocky shoreline.

Police say the operator of the VW was not utilizing his seatbelt at the time of the crash. The vehicle airbags were deployed.

Based on physical evidence detected at the scene, police say speed is a factor. The involvement of drugs and alcohol has not been determined and is pending.

This was Maui County’s third fatality this year, compared to seven at the same time last year.