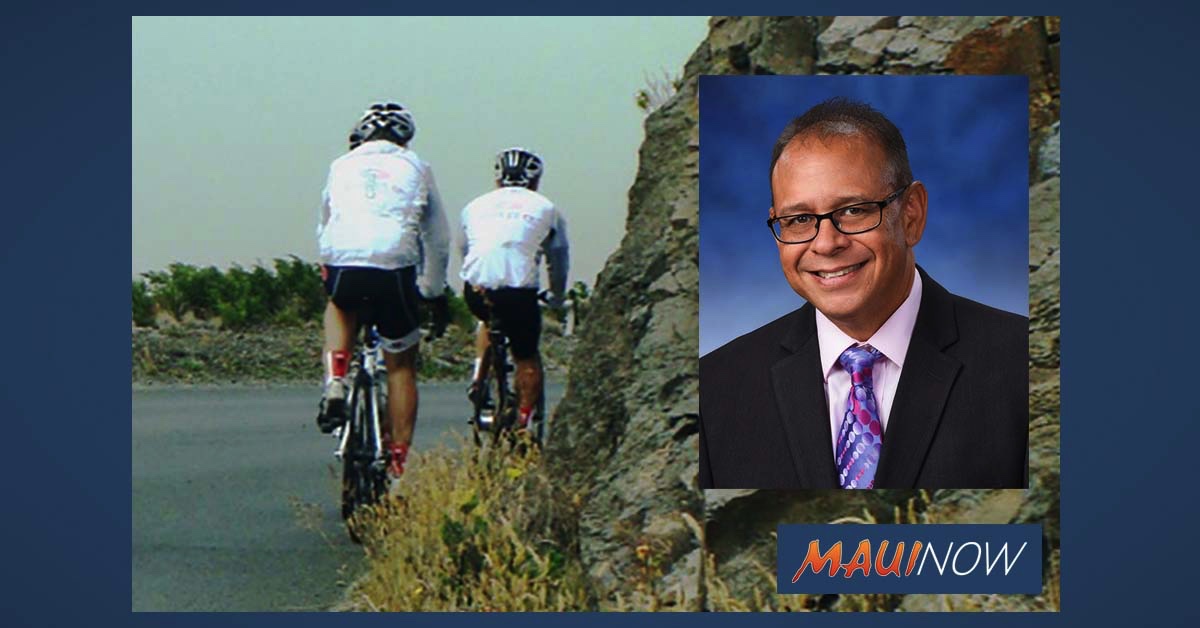 The Maui County Council will consider a bill that would increase penalties for bike tour activities operating without a permit.

The bill was passed on first reading by the County Council on Friday, April 3, 2020 and will be considered for second reading on April 17 at 9 a.m. in the Council Chamber.

The current County Code states bike tour operations shall “at all times keep the permit in a prominent place” and “any person failing to comply with the requirement shall be fined not less than $10 nor more than $50.”  The Code also states bike tour operations that engage in bicycle tours without first obtaining a permit “shall be ordered to discontinue the bicycle tour business and fined not less than $100 nor more than $500.”

“The current penalties were established in 1995 and are seriously outdated,” said Molina.

He introduced the bill as a result of concerns raised by Pāʻia residents regarding the escalation of bike tour operations. Accordingly, Molina requested that the Maui Police Department consider increasing surveillance to determine if the bike tour operations were properly permitted.

In November 2019, a Pāʻia Community Officer with the Maui Police Department advised Molina that several bike tour operations in Pāʻia Town did not have proper bike tour activities permits. The officer also suggested that increased penalties could act as a deterrent to illegal operations.

“Penalties for unpermitted bike tour operations are so low and insignificant that the fines are not enough of a deterrent, said Molina. This bill will put more teeth into preventing illegal operations.”

“A message needs to be sent, that if you intend on conducting business in Maui County you need to play fair and abide by the rules,” said Molina.

* Mike Molina is Chair of the Council’s Governance, Ethics, and Transparency Committee. He holds the council seat for the Makawao-Haʻikū-Pāʻia residency area.