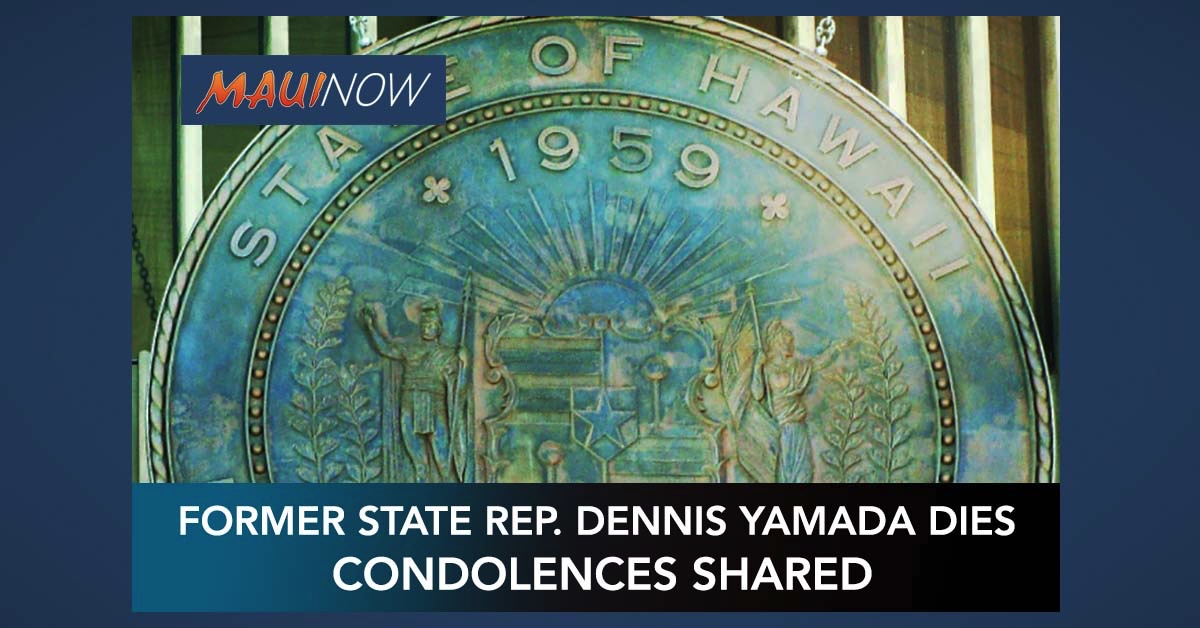 Governor David Ige and Senate President Ronald Kouchi offered their condolences today to the family and loved ones of former State Rep. Dennis R. Yamada, who died on Sunday, April 12, 2020 at the age of 75.

“Dawn and I join the community in mourning the loss of former Rep. Yamada. We thank him for the years he dedicated to proudly serving the people of Kaua‘i and our state,” said Gov. Ige.

“The state has lost a dedicated public servant who tried to steer public policy to positively affect the people of Hawaiʻi – through his leadership and service as a state representative, University of Hawaiʻi Regent, and Chair of the Public Utilities Commission,” said Sen. Kouchi.

Gov. Ige will issue a flag order for the day of Yamada’s memorial service, which has not yet been confirmed.