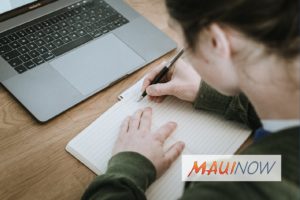 The Hawaii Technology Development Corporation (HTDC) announced that it has awarded nearly $2 million in grants to 42 local technology and manufacturing companies for fiscal year 2020 under two state programs designed to foster innovation and enable Hawaii firms to be more competitive in the global marketplace.

The total includes $1.42 million awarded through HTDC’s Small Business Innovation Research (SBIR) program and $485,692 awarded through HTDC’s Manufacturing Assistance Program (MAP). Although the annual grant programs are not in direct response to the COVID-19 outbreak they will provide much-needed support during this difficult time, while helping Hawaii’s economy become more resilient.

“State investment into our manufacturing and innovation sectors not only provides critical support in the immediate term, it helps diversify Hawaii’s economy and lays the foundation for long-term, sustainable growth,” said Mike McCartney, director of the Department of Business, Economic Development and Tourism, which oversees HTDC.

“By supporting new drivers for Hawaii’s economy we will be better positioned to deal with potential economic adversity in the future.”

The Hawaii SBIR program and MAP are managed by INNOVATE Hawaii, a program of HTDC.

“Support for small businesses is needed now more than ever, said Wayne Inouye, center director for INNOVATE Hawaii. “Innovation and entrepreneurship are core to HTDC’s mission and vital for long-term economic prosperity in Hawaii.”

Hawaii’s SBIR program brings in about $20 federal dollars for every $1 invested by the state, helping to create high-paying jobs in science, technology, engineering and math (STEM) and to establish a profitable, self-sustaining technology industry in Hawaii. The Hawaii SBIR program, launched in 1988, is the longest-running state funded SBIR matching grant program in the nation.

The $485,692 in MAP grants will allow 18 Hawaii-based manufacturers to expand their production capacity, resulting in more jobs in Hawaii. The grants offer manufacturers up to a 20 percent reimbursement (up to $100,000) on qualified expenses to help them become globally competitive. Qualifying expenses include: equipment purchases, training, energy efficiency projects, and manufacturing feasibility studies.