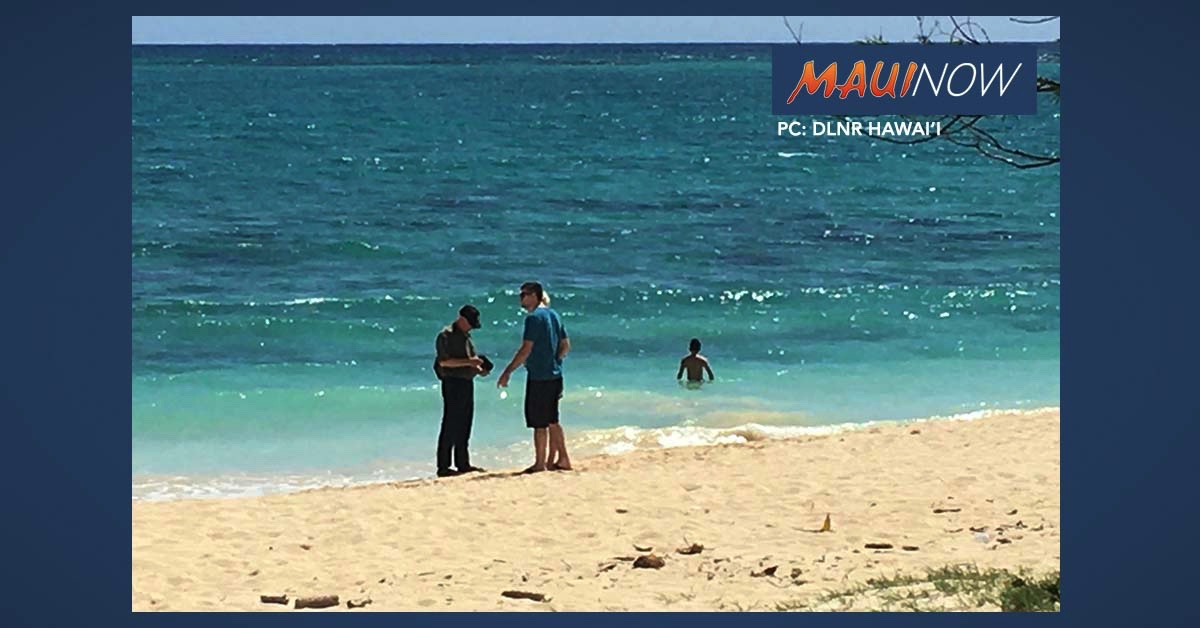 UPDATE: Maui Mayor Michael Victorino today sent a letter to Governor Ige urging him to reconsider or clarify rules “to expressly allow exercise activities to occur on the beaches.”  The letter comes on the heels of Governor Ige’s latest proclamation that includes an order that closes all state beaches. (CLICK HERE TO READ THE LETTER).

PREVIOUS POST: A petition at change.org is asking Maui Mayor Michael Victorino to “act now on behalf of the thousands of his constituents who utilize” beaches across the County “for healthy, COVID-19 safe exercise.” The petition had garnered more than 3,000 signatures by 6:42 p.m. on Saturday.

The petition comes on the heels of Governor Ige’s latest proclamation that includes an order that essentially makes it illegal to walk or run on the beach for exercise.

“It’s okay to cross the beach to get to the water, but not okay to sit, stand, lie down, lounge, sunbathe, or loiter on beaches and sandbars. It’s currently against the law to walk or run on state beaches,” according to a press release issued by the state Department of Land and Natural Resources.  The Department notes that beaches under individual county jurisdictions may have different rules.

Mayor Victorino said the County will start enforcing this order on Sunday, April 19, 2020, to give the public a day to adjust.  “I’m asking the police to at least give warnings through Saturday.”

“The Governor has said now that the beaches can be used–but only used for fishing, surfing, if you go spear-fishing or paddle boarding–that’s all the beaches can be used for,” said Mayor Victorino during an afternoon press conference on Friday, noting that swimming is also allowed.  “And so, you can walk through the beach and into the water, do your activity, and then leave the water and the beach park and go home.”

“Our rules basically stated that, but because the governor had asked for exercise–to allow running, walking–which is now prohibited,” Mayor Victorino said.  “Since it’s prohibited by the new proclamation,” he said, the County of Maui, “will start issuing citations on Sunday the 19th.”

In the City and County of Honolulu, previously announced rules mirror those of the State’s.

DLNR reports that beaches in the Waimanalo area of Oʻahu were more empty today than usual on the first full day of Governor Ige’s emergency rules that has closed all beaches under State of Hawai‘i jurisdiction, other than to cross them to get to the ocean for exercise.

Through a series of Supplementary Proclamations, Governor Ige has called on everyone to practice social distancing, even when outside; to wear masks when in businesses or around other people; and to abide by various closures. Violations of the emergency rules can carrying fines of up to $5,000 and a year in jail.

“On one stretch of sand, two fishermen were casting at the shoreline, more than the social distancing recommendation of at least six feet apart. A short distance away a couple lounged in beach chairs. The fishermen were within the rules set out by the Governor’s Fifth Supplementary Proclamation yesterday, but the beach loungers were not,” according to DLNR.

Officers from the DLNR Division of Conservation and Resources Enforcement and the Honolulu Police Department, were patrolling beaches around O‘ahu educating people on the temporary rules, aimed at preventing people from congregating on state beaches during the COVID-19 crisis.

DOCARE Supervisor John Silberstein said he was answering a lot of questions, as many people seemed unaware of the new restrictions. Some of his officers, he said, were writing citations.

DLNR Chair Suzanne Case and DOCARE Chief Jason Redulla, joined in asking the public to abide by the closures and only be on the beach to get to the water for swimming, fishing, or solo paddling. “This is necessary,” they said, “in order to try and flatten the curve of coronavirus infections, so life can begin to return to normal in Hawai‘i.”

“At Kaiwi State Scenic Shoreline, a family of five was advised the park was closed, as they were about to cross over the closed gate at the beginning of the popular Makapu‘u Overlook trail. They said someone told them it was okay to make the walk, but after they learned it wasn’t, they got back in their car to search for an open, alternate trail,” according to a press release issued by DLNR.