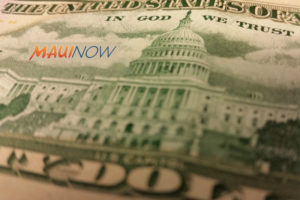 Hawaii State Federal Credit Union (Hawaii State FCU), announced that Mark Yamakawa, president and CEO of Hawaii Dental Service, has been elected to its volunteer Board of Directors, while Terrence Aratani and Kaulana Park have been reelected to serve a new three-year term, effective March 21.

“We congratulate Mark on his appointment to the board and I’m confident that his many years of service in Hawaii’s healthcare industry will greatly benefit our members and employees,” said Andrew Rosen, president and CEO of Hawaii State FCU.

“We’re pleased that Terrence and Kaulana have also been reelected to another term. They’ve both held a central role in Hawaii State FCU’s continued growth, and we’re looking forward to building on the momentum our board has gained through their efforts.”

Yamakawa, who will serve as board secretary, is president and CEO of Hawaii Dental Service, a role he has held for the last five years. Prior to this, he served in various leadership positions at The Queen’s Medical Center, where he most recently worked as executive vice president and chief operating officer. He brings a vast amount of experience in healthcare leadership in addition to an extensive track record of community service on the boards of the American Heart Association Hawaii Division – recently serving as the 2020 Heart Ball co-chair, Child & Family Services, ‘Iolani School, Kapi‘olani Medical Center for Women & Children, and UHA Health Insurance.

Newly appointed board chair Terrence Aratani will add to his six years of service on the board, in addition to more than 38 years as a member of Hawaii State FCU. As CEO of Ko‘olauloa Health Center, he will continue to leverage his expertise to the best interests of members and credit union staff. Aratani also worked at the Hawaii State Legislature for more than 25 years during which time he became chief of staff for the Hawaii State Senate.

Kaulana Park, a member of Hawaii State FCU for nine years and a board member for six, including one year as vice chairman, has also been reelected to another term. Park will continue to contribute his extensive experience in lending, finance, marketing and human resources to work toward Hawaii State FCU’s strategic plan goals like diversified growth, expanding and developing innovative products and services, and developing benefits towards members and the community.

The seven-member Board of Directors serve on a voluntary basis and work to ensure the success and prosperity of the not-for-profit financial cooperative and its members.

In an effort to motivate and encourage members to vote, Hawaii State FCU pledged to donate $5 for every online vote, up to $10,000, to a local nonprofit. This year’s recipient was the Aloha United Way, which has a mission to bring resources, organizations and people together to advance the health, education and financial stability of every person in our community.