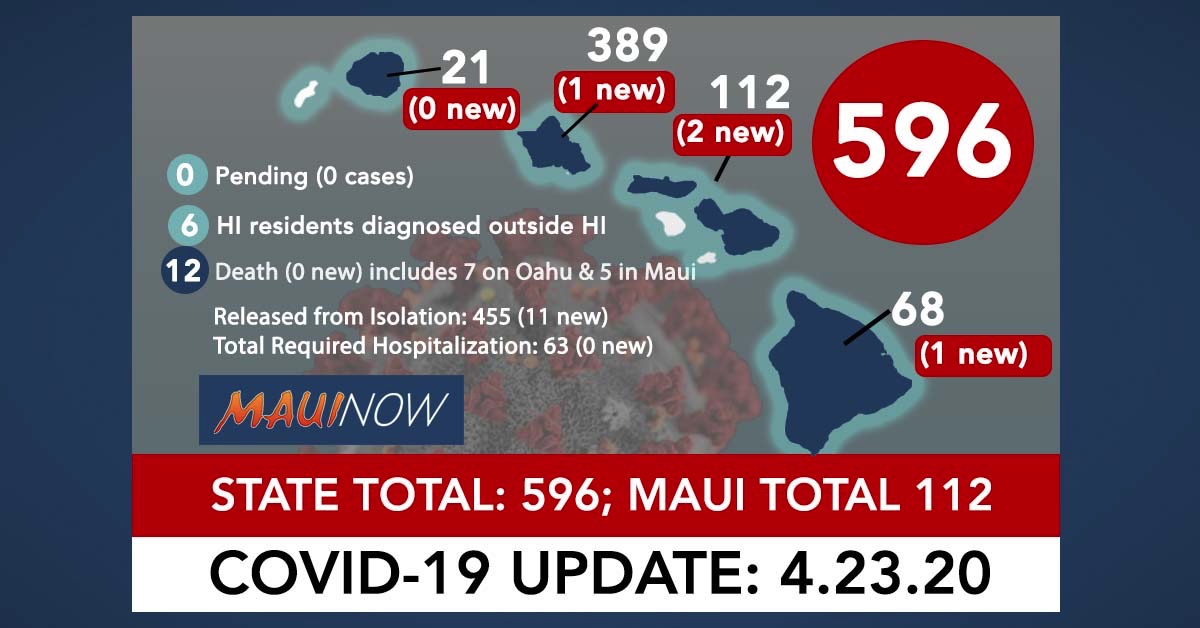 The Hawaiʻi State Department of Health reports that there were 455 individuals released from isolation; and 63 cases that have required hospitalization.

Maui County has two new cases for a total of 112 confirmed positive. Of the 112 cases in Maui County, at least 60 have been released from isolation, and 9 have required hospitalization.

State District Health Officer on Maui, Dr. Lorrin Pang said he misspoke by calling a grouping at a Maui restaurant a “cluster.”  A joint statement was released on Wednesday evening, April 22, from Mayor Michael Victorino and Merriman’s Kapalua restaurant confirming the location of the grouping, which consisted of three positive individuals and between 65 and 100 exposed contacts. 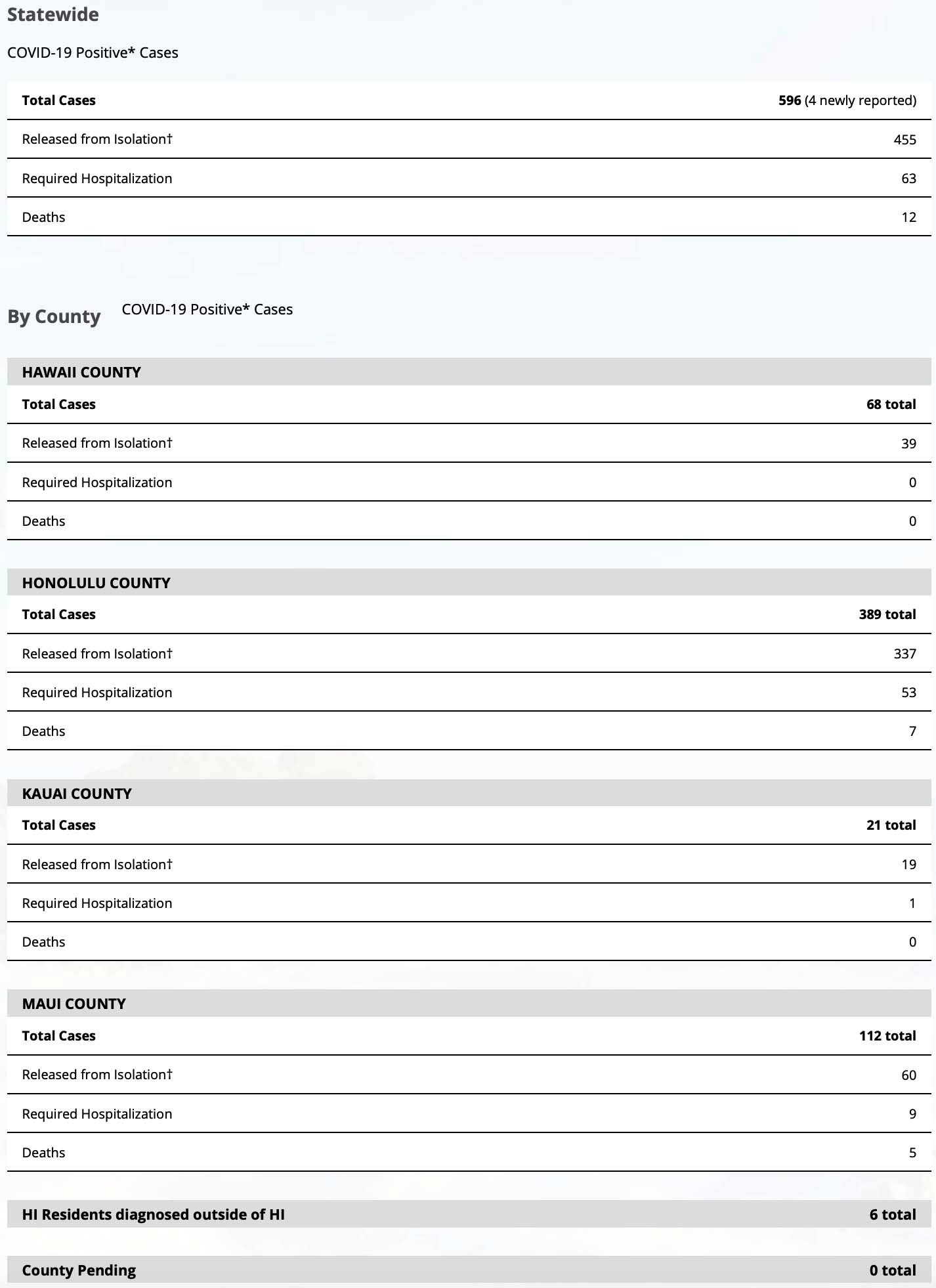