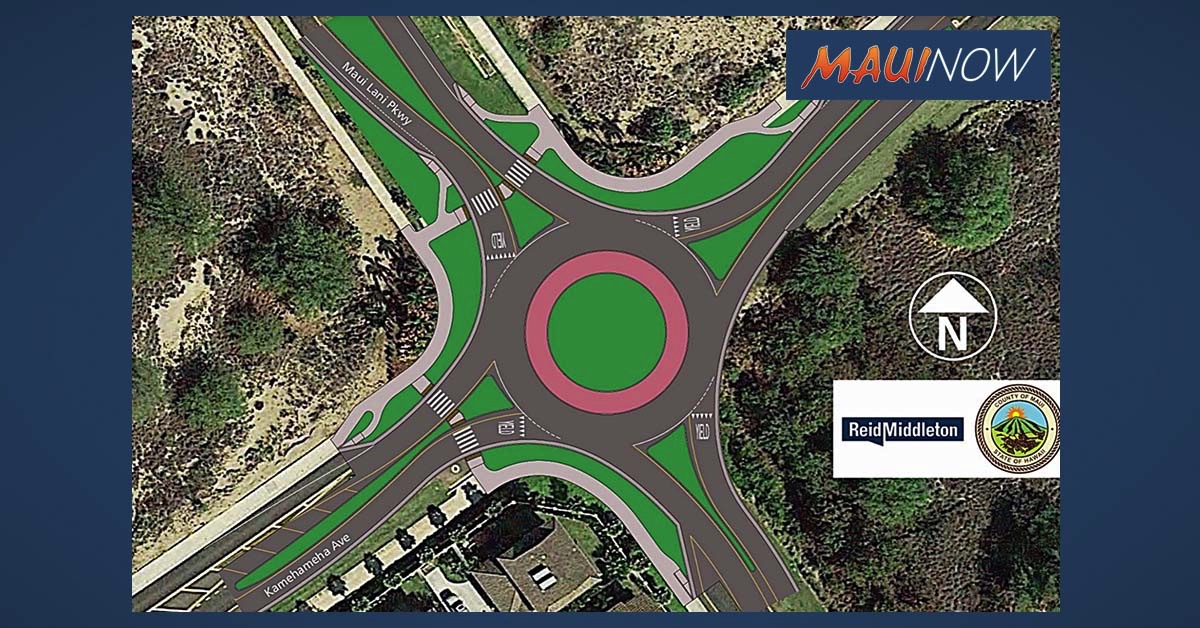 Construction work on the Maui Lani roundabout project will begin Monday, April 27, at the intersection of Maui Lani Parkway and Kamehameha Avenue in Kahului, the County of Maui Department of Public Works announced this afternoon.

“Roundabouts have been shown to improve safety, reduce congestion and be environmentally friendly,” Mayor Michael Victorino said. “Other benefits include reduced annual maintenance costs and more flexibility for future growth. I’m pleased to see this project get underway.”

Goodfellow Brothers is the general contractor on the $3.15 million Maui Lani roundabout project, which is expected to take approximately eight months to complete.

A Maui Lani roundabout Facebook page has been established to keep the community informed of project developments.

Work hours are from 7 a.m. to 3:30 p.m. Monday through Friday, except for holidays.
The project will be constructed in four phases.

The project’s first phase will include utility relocation and trenching work. All approaches will be restricted to one lane in each direction, and the intersection will continue to operate as a four-way stop.

“Traffic will not be immediately impacted because initial work will be done outside of the travelway,” Department of Public Works Director Rowena Dagdag-Andaya said. “Subsequent phases of construction will involve work within the intersection and include the construction of the actual roundabout with detours and changing traffic patterns.”

“As construction progresses, traffic will begin flowing in a circular pattern for the roundabout,” Dagdag-Andaya said.