Maui Mayor Victorino has confirmed this afternoon that the stay-at-home, work from home orders for Maui County is extended to May 31, 2020.
“I have been advising all of you since last week that I probably would do it; but since the governor instituted that on Saturday, I felt that it was only prudent that we do that according to his mandate,” he said.
Mayor Victorino said he will be making an announcement soon on what beach parks and other park facilities he plans to start systematically opening up, starting some time next week.
“We are awaiting for approval from the governor and as you saw his mandate, is that we need as county mayors to go to them, to the state and HIEMA as well as the governor to get their approval for us to open up or change any of the rules that are existing,” said Mayor Victorino.
“Rule changes that the governor has to approve or disapprove, we have a 24 hour waiting period for it. So we’re hoping by tomorrow at this time or maybe sooner, we will be notified on the changes that we have requested,” he said.
Mayor Victorino said a list of changes will be posted on the County of Maui website along with a press release tomorrow. 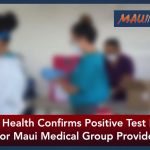 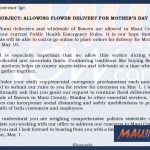 ARTICLE COMMENTS ( 27 )
This comments section is a public community forum for the purpose of free expression. Although Maui Now encourages respectful communication only, some content may be considered offensive. Please view at your own discretion.
I Understand, Show Comments